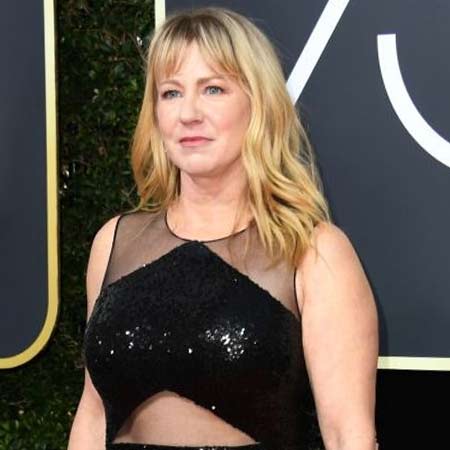 Tonya Harding is a retired American figure skater. She is a two-time Olympian and a two-time Skate America Champion. She was also the U.S. Champion of 1991 and 1994 until she got stripped of the '94 title.She is the first American women to land a triple Axel in competition and second to do so in the history, the first being Midori Ito.

In Jan 1994, she got involved in a controversy after her former husband planned an attack against her rival Nancy Kerrigan. After the game, she was banned for life from the U.S. Figure Skating Association after pleading guilty to hindering the prosecution.

Tonya Harding was born on 12 November 1970 in Portland, Oregon. She is the daughter of LaVona Golden and Albert Harding. She is American and belongs to White ethnicity.

At the age of three, she started skating. She grew up drag racing, hunting and learning automotive mechanics from her dad. Her mother had a hard supporting the family when she worked as a waitress. LaVona hand-sewed Harding's skating costumes.

She had a rough childhood as her mother abused her mentally and physically by the time she was seven. LaVona also excepted hitting Tonya one time at an ice rink.

Harding attended Milwaukie High School but dropped out during her sophomore year to concentrate on skating.Later, she earned a General Equivalency Diploma.

Tonya Harding started gaining attention in the mid-1980's as she climbed higher in the skating world. She competed in the U.S. Figure Skating Championship placing sixth in 1986, fifth in 1987 and 1988, and third in 1989. In 1989, she won Skate America which gained her recognition as a strong contender for the 1990 U.S. Figure Skating Championships, but at the time she had flu and asthma as well as had a poor free skate. Completing the original program, she dropped from second place and eventually placed seventh overall. Her strong aspect was free skating and usually ranked low in compulsory figures.

She rose to prominence after she a landed her first triple axel in 1991 U.S. Championship and won the competition, scoring event's first 6 give to a single lady skater for technical merit.

In 1991, she became the first American woman to land a triple axel at an international event, World Championships.It was the first time in history when females of a single country filled the podium(1. Kristi Yamaguchi, 2. Tonya Harding, 3. Nancy Kerrigan) at the World Figure Skating Championships.

In 1991, Harding recorded three more firsts to her name:

After 1991, she couldn't perform the triple axel in competition, resulting in a decline in her competitive result. !n 1992 U.S. Championship, she finished third after twisting her ankle during practice.

After the legal controversy, she was allowed to be in the 1994 Winter Olympics in Lillehammer, Norway U.S. ice skating team. She ranked eight after getting re-skate in the long program due to her lace problem.

Tonya Harding's ex-husband Jeff Gillooly and her bodyguard Shawn Eckhardt hired Shane Stant to break Nancy Kerrigan's leg so that she would not be able to compete at the 1994 Winter Olympics. Stant did not find Kerrigan at her training rink in Massachusetts, so he followed her to Detroit. On Jan 6, 1994, when she finished her practice at Cobo Arena, Stant walked behind her and stuck her leg, just an inch above the knee with a 21 inch ASP telescopic baton. It didn't break her leg. However, she had to withdraw from the national championship. Harding won the national championship, and both she and Kerrigan got selected for the 1994 Olympics team. Kerrigan recovered and competed in the Olympics, securing second place, a silver medal behind Ukrainian figure skater Oksana Baiul.

The news about Harding's alleged involvement in Kerrigan's attack spread in the media. In Jan 1994 Kerrigan featured on the cover of both Newsweek and Time magazine. The press followed both the stars everywhere. About four hundred media personnel were present at the practice rink in Norway to get an interview with Harding or Kerrigan.It eventually delayed the broadcast of Women's short program, which remains one of the most watched telecasts in American history.

On Feb 1, 1994, Gillooly took a plea deal against a testimony against Harding. She was charged in Multnomah County, Oregon and on March 16, she pleaded guilty to conspiring to hinder prosecution against the attacker a possible jail time and prosecution. Stant, Gillooly, Eckhardt and Derrick Smith, getaway car driver all served jail time.Eckhardt was released in September 1995, sentenced to 18 months but released four months early.

Harding got three years probation with 500 hours of community service and paid a fine of $100,000. As per the plea bargain, she withdrew from 1994 World Figure Skating Championship and resigned from the United States Figure Skating Association. She was also bared of her 1994 U.S. Championship title after the USFSA conducted their own investigation. Further, she was banned from participating as a player or a coach in any USFSA events.

In Harding's 2008 biography The Tonya Tapes, she revealed that she wanted to call the FBI and tell what she knew. However, after Gillooly put her at gunpoint threatening to kill her after which he and two other men she didn't know gang-raped her, she decided not to.

Harding had a sex tape, an explicit Wedding Video, where she and her former husband Jeff Gillooly were having sex. After being accused as a conspirator in Kerrigan attack, he sold the tape to a tabloid TV. Some of the stills from the tape were published inPenthouse in September 1994 and later the tape itself was out.

On June 22, 1994, Tonya Harding appeared as a manager on an AAA professional wrestling show for Los Gringos Locos (tag team of Art Barr and Eddie Guerrero). The same year she featured in a low budget movie Breakaway which released in 1996.

In late 1996, she gave an 81-year-old woman, Alice Olson mouth to mouth to revive her after she collapsed at a bar in Portland while playing video poker.

In March 2008, she started doing commentary for TruTV's The Smoking Gun Presents: World's Dumbest......She was also a part of The Weakest Link '15 Minutes of Fame Edition' with Kato Kaelin.

In 2002, her first boxing match, she won against Paula Jones on the Fox TV network Celebrity Boxing event. On Feb 22, 2003, Harding made professional boxing debut losing a four-round decision. Her match was the undercard of the Mike Tyson-Clifford Etienne bout. There were rumors that Harding competed as she had financial difficulties at the moment.

She was part of another celebrity match on The Man Show fighting against co-host Dough Stanhope, winning the match. Stanhope later claimed that the match was fixed as Harding refused to fight a man.

Before quitting boxing due to asthma, she played six matches winning three of them and lost three.

Tonya Harding, as of 2018, has an estimated net worth of $30,000. After her retirement from figure skating, she has tried to start a career in various fields including boxing and acting. However, she has been unsuccessful in all her attempts. She also worked as a welder, hardware sales clerk at Sears and a painter at a metal fabrication company.

While in the peak of her figure skating career she won many titles like Olympian and Skate Merica Champion. During the time she possible earned a good sum. Recently, she is the subject of 2017 Oscar-nominated biographical motion picture I, Tonya where Margot Robbie portrays her.

Tonya Harding married Jeff Gillooly in 1990, at the time she was only 19. Their marriage ended in 1993, but the former pair were still seeing each other heading into the 1994 Winter Olympics.

She married for the second time in 1995 to Michael Smith. They ended their marriage in 1996.

Her third husband is Joseph Prince, whom she married on June 23, 2010. After the marriage, she now goes by the name of Tonya Price. The pair welcomed their only child, a son, Gordon on Feb 19, 2011.