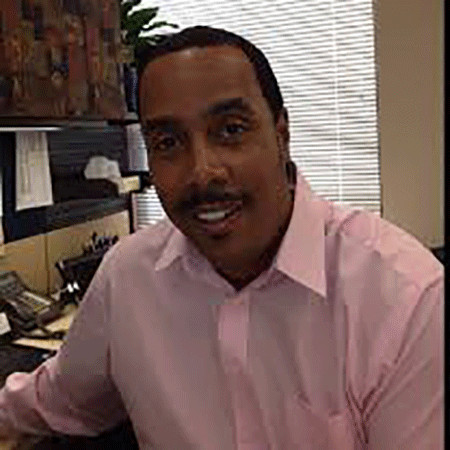 Anthony Mosley better known as Tony M is a rapper. He is best known for being in the late legend Prince's band ' New Power Generation'. He first got associated with Prince working as an extra for the film 'Purple Rain.'

Tony Mosley went on to become the frontman of the band New Power Generation and then to file a lawsuit against Prince.

Tony M/Anthony Mosley was born and brought up in Minneapolis Minnesota. He went to North Community High School ''Polars.'' Born in the U.S.A, Tony M is an American by nationality and he is a black American by ethnicity.

Tony M was seen dancing with Damon Dickson and Kirk Johnson during performances at the First Avenue club, in the movie 'Purple Rain.' The trio went on to become 'Gameboyz', a group who performed for Prince on his tours and the film Purple Rain.

Prince noticed Tony M rap during the sound checks and thought he was pretty good. To increase ''street'' credibility and attract more of his declining black audience, Prince added Mosely's raps into his live performances. Eventually, Mosley rapped on a remix of NPG in 1990 and wrote raps for the album Diamonds and Pearls.

Even with adverse reactions of the fans, Mosely went on to do another album with NPG. The next album was better received. Once NPG went solo, Mosely became the frontman, and the album released one album called Goldnigga in 1993 before Prince retained the band for his backing band.

Mosely filed a lawsuit against Prince in 1998 along with Levi Seacer. They claimed that Prince had not shared royalties for songs like Sexy MF and my name is Prince which Tony and Levi had co-written.

After Prince's death, NPG reunited for a tribute concert in October 2016. The band is scheduled to perform at Celebration 2017 on 23rd April at Prince's Paisley Park compound.

Anthony Mosely, known as Tony M is a married man. He got married on 22nd August 1998. His career was at the peak during the 90s. After Prince's death in 2016, the NPG and his role in the band received more recognition. Tony M is set to perform with the NPG on 23rd April at Prince's Paisley Park compound. He as a member of the NPG gave Prince a tribute after his death in 2016. Tony M currently lives in Eden Prairie, Minnesota.

Tony M has had a successful career on his own and around the $300 million worth late Prince. Given the success and fame, Tony M's net worth is above $1 million, most likely. His net worth could even be in double digit millions, royalties can be a big source of income after all.