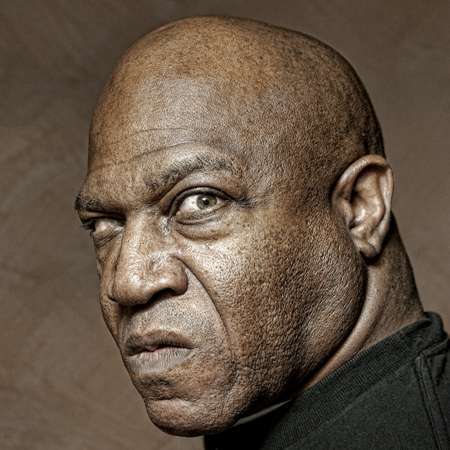 Tommy Lister is an American retired professional wrestler and a character actor. He is better known for his appearances in the film Friday as a neighborhood bully Deebo.

Tommy Lister was born on 24th June 1958 in Pine Bluff, Arkansas, United States of America. His birth name is Thomas Lister Jr. and he is also known as Tiny. His family moved to Compton in Southern California when he was a small boy. He grew up in Compton.

Lister was born with a detached and deformed retina in his right eye. He attended Palomar Junior College and later on transferred to Long Beach City College.

Tommy Lister’s also appeared in other films like The Dark Knight, The Fifth Element, Little Nicky and Austin Powers in Goldmember.

He has also appeared in music videos. He appeared in Young Bleed’s ‘How You Do Dat’, 50 Cent’s ‘Many Men’ and French Montana’s ‘I Told Em’. Tommy has appeared in a commercial for a Ball Park Brand beef jerky in 2016.

Lister got a chance to work with some of the greatest directors like Luc Besson, Quentin Tarantino, and John Frankenheimer.

Tommy made his debut in wrestling in 1989 from the movie No Holds Barred. He retired from the wrestling in 1996. During 1996 Tommy Lister spent a short time in the World Championship Wrestling as a part of The Alliance to End Hulkamania as ‘Ze Gangsta’.

A former Wrestler Tommy Lister is a married man. He is married to Felicia Forbes. The couple first met when Lister in South Africa. During the time, Tommy as working on an action film Blast. Since then they fell in love and started dating each other.

After dating for several years, the couple announced their engagement and finally in 2003 the couple tied knot. They have a child together. Since 2003 the couple is happily married together and there has been no misunderstanding between them and are sharing a very strong bond.

Tommy Lister agreed to plead guilty on 31st August 2012 to conspiring to commit mortgage fraud. The fraud led to a $3.8 million loss. He was charged with illegally buying homes so that he could withdraw $1 million in home equity loans.  He is a good friend with veteran wrestler Hulk Hogan.

Tommy Lister's Net Worth, Salary, And Major Source of Income

The estimated net worth of Tommy Lister is $100 thousand. He earned from many films and also from various wrestling matches. Earning from music video also adds value to his net worth. Tommy also earns from appearing in advertisements.

The Former professional wrestler turned actor has played a number of major roles in many successful movies. In the year 1997, the actor was a cast in the movie The Fifth Element which became a huge hit at the box office racking up over $263 million worldwide. The movie starring Gary Oldman and Chris Tucker.