Tom Schwartz Reveals Divorce after fight with Katie Maloney, Know about their affairs and married 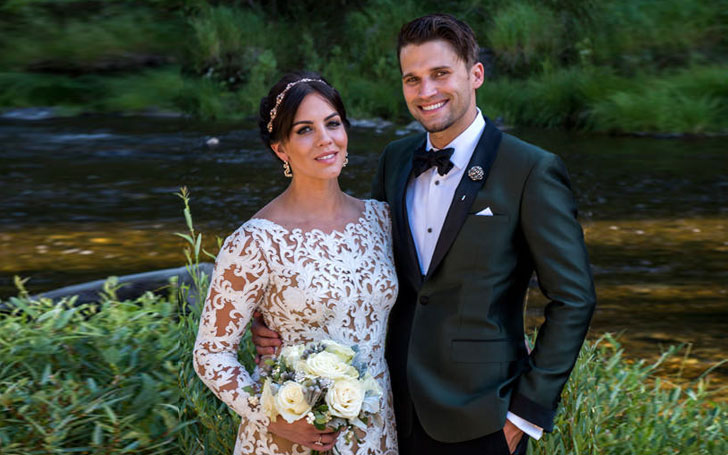 Tom Schwartz and girlfriend Katie Maloney have faced ups and downs more than a year, especially on the reality show entitled “Vanderpump Rules”. Tom, as well as Katie, does acting and modeling. The couple had a serious argument as they moved to New Orleans for their show.

Why did Tom Schwartz divorce from Katie Maloney?

Tom and Katie’s marriage was over before their wedding aired on Vanderpump rules according to some sources.  On Monday, February 13, 2017's episode of Vanderpump Rules, Tom and Katie had an explosive fight. Rest of the Vanderpump stars started to wonder if Tom and Katie should cancel their trip down the aisle.

Reportedly, Tom said that he didn’t want to marry Katie anymore amid their joint bachelor/ bachelorette trip to New Orleans. The duo also signed a wedding agreement in order to protect their non-existent assets.

This is not the first time for the couple having an argument. They even had a fight when Scheana Shay threw a pre-bachelor/ bachelorette poolside bash some years ago.

The next time they had conflict was while Tom and Katie were celebrating Stassi Schroeder’s birthday in Mexico on 2013, Katie was visibly irritated at Tom for constantly defending Ariana Madix, the girl who was not getting along with. The incident turned into a serious fight, as both of them were drunk.

Unfortunately, Tom became hyper and threw his drink in Katie’s face. They were refusing to speak to one another after Katie blew up at Schwartz. Thereafter, Katie found herself sitting alone and away from the incident.

“I’ve really tried not to be insecure about this, but it’s very frustrating when the man I’m going to marry puts another woman’s feelings above mine,”

The argument almost cost both of them their relationship, however, Katie forgave Tom. He got a chance to work at SUR restaurant, where his girlfriend and Vanderpump Rules cast-mates work. Tom could not stay there for a long, as he got into a fight at Scheana’s birthday.

Tom and Katie were allegedly dating before Vanderpump Rules premiered in the year 2013. Schwartz proposed Maloney in July 2015 with a “2 karat pear-shaped champagne diamond in 14 karats rose gold”. The “Vanderpump Rules” stars, went on to tie a knot in a whimsical outdoor ceremony in front of nearly 100 guests.

Mr and Mrs Bubba I wish I could wear my @zuhairmuradofficial wedding dress everyday! Shout out to the amazing staff at @kleinfeldbridal for helping me find this gem and making me the happiest bride!

Tom and Katie’s $50,000 marriage ceremony took place at the Twenty Mile House in Northen California on August 17, 2015. Tom’s partner, Katie wore a stunning $15, 000 Zuhair Murad wedding dress which brought her dad to tears. Schwartz and Maloney were the second couples on the Vanderpump series.

Thank you all for sharing this very special day with @twschwa and I. Your support throughout the years as been incredible and we love you all!! #pumprules

Additionally, the couple has opted for an island life vacation/ honeymoon officiate by Real Housewive of Beverly Hills star Lisa Vanderpump. Tom and Katie have been romantically linked for many years.

Katie was surrounded by her co-stars Kristen Doute, Scheana Shay and Stassi Schroeder, but unfortunately, Lala Kent and James Kennedy were abruptly left off the guest list. Those who attended the wedding ceremony made sure to share the festivities on social media, making use of the bride and groom’s special wedding Snapchat filter.

Katie’s mate Brittany Cartwright shared a snapshot of the bride looking beautiful on her big day.

Feeling springy in these @diffeyewear sunnies. Bubba looks cute too. Get yourself a fresh pair by heading over to www.diffeyewear.com and use my code: MrsSchwartz and you will receive 25%

Katie was waiting to become Mrs. Schwartz. The Bravo reality show has recounted the couple’s extensive relationship problems plus disturbing cheating rumors. Katie was excited to get married, whereas Tom wanted to be financially stable first.