Toheeb Jimoh a British actor is famous for playing the role of Anthony Walker in the BBC One television film Anthony. He is one of those actors who is successful in establishing himself in the acting field.

Short-Biography: How Old Is Jimoh?

Toheeb Jimoh was born in the United Kingdom. He holds a British nationality while he comes from a black ethnic heritage. To date, the details about his birthdate, age, height, parents, and family are not available.

Talking about his education, Jimoh attended the Guildhall School of Drama and later, graduated in 2018.

Marcus From Amazon Original ' The Feed': His Movies & TV Shows

Toheeb has been active in the entertainment film industry since 2015. Initially, he acted in the short movie, Lia, and the series London Kills.

Eventually, he came to the limelight after playing the role of Marcus in the Amazon Original show The Feed. In the 2019 series starring Michelle Fairley, Guy Burnet, Nina Toussaint-White, and David Thewlis, he appeared in a total of 7 episodes. 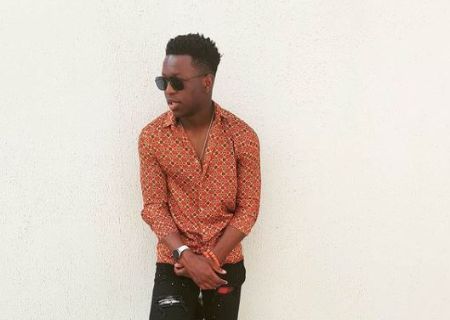 The following year, Jimoh earned deserving fame as Anthony Walker in the BBC One docu-drama Antony directed. The television film focuses on the murder of an 18-year-old black teenager by two white men in an unprovoked racist attack in a Liver pool park. The BBC One movie directed by Terry McDonough and written by Jimmy McGovern stars Julia Brown, Bobby Schofield, Stephanie Hyam, and Dominique Moore.

The same year, in 2020, The Feed actor appeared in another TV show, Ted Lasso. Currently, he has completed the shooting of his upcoming project The French Dispatch. Furthermore, he would play the role of Tunde in an upcoming post-production television series The Power.

What Is Toheeb Jimoh Net Worth?

Professional since 2015, Toheeb altogether 7 acting credits under his name. He earns a good sum through his films, series, endorsements, commercials, and sponsorships. According to some online sites, Antony star Jimoh has an estimated net worth of $300,000 in 2021.

Ted Lasso actor Toheeb has not spoken much about his relationship status. However, there are very few details available about his personal life.

It is quite confusing if Jimoh is a married man or in a relationship. Thus, he might be living a single life with his family.