Todd Waring is an American actor. He is best known for his work in American Crime Story, Chasing Life, and Scandal. Waring also had guest roles in The Stiller and Meara Show, NYPD Blue, Wings, and Star Trek: Deep Space Nine. He garnered significant recognition after starring in the television series version of Nothing in Common and Splash, Too.

His father, Douglas, worked as a mechanical design project manager for research and development companies in New York State. Todd grew up in New York and graduated from Skidmore College in Saratoga Springs.

Who is Todd Waring married to? His Wife & Children

Waring is married to his longtime wife, Eve Gordon. Gordan, 60, is an actress and director known for her work in The Circle, The Grudge 2, and Honey, We Shrunk Ourselves!

She grew up in Pittsburgh, Pennsylvania, with her parents: Dr. Mary McDougall Gordon, a professor of history at Santa Clara University, and Richard Bennett Gordon, a trademark lawyer in the United States Department of Commerce. 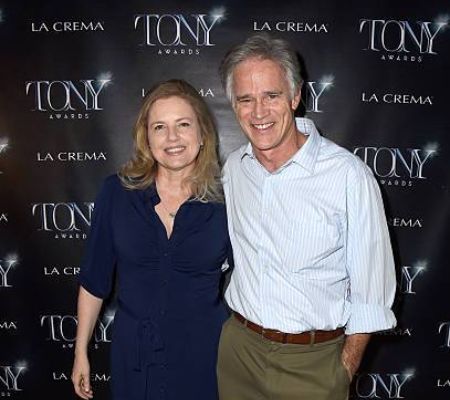 CAPTION: Todd Waring and actress Eve Gordon have been married since 1987. SOURCE: Pinterest

Todd and his wife Eve have been together for over three decades now. The two tied the knot on November 14, 1987, at the Episcopal Church of the Heavenly Rest in Manhattan.

According to some online sites, Waring has an estimated net worth of $800,000 as of 2021. He started his acting career in the early 1980s but gained popularity in the mid-80s after replacing actor Tom Hanks in two television shows. The 66-year-old played Hanks' roles in both the television series version of Nothing in Common and Splash, Too.

Todd has also guest-appeared in various films and television series, including The Stiller and Meara Show, Wings, and Star Trek: Deep Space Nine. He played the role of Malcolm Cullinan, a rich man who committed murder, in the critically acclaimed ABC police procedural drama television series, NYPD Blue, which involves an ensemble cast. 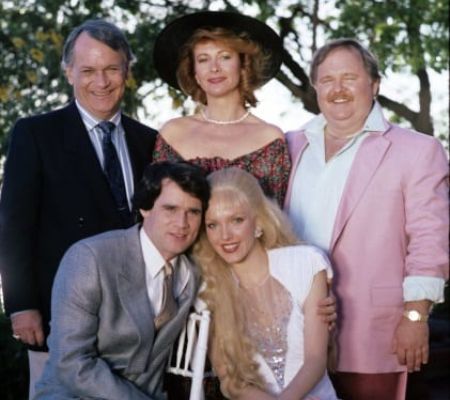 CAPTION: Todd Waring had a starring role in the television series version of Splash, Too in 1988. SOURCE: DVD Lady

The 66-year-old appeared in the short films Dr. In Law, Wilted, Catch, Oh, Boy, Spaghetti, and Keep Off Gra s s, which were created during the reality show and online competition for filmmaking series On the Lot, in 2007. That same year, Waring played the role of Todd Scheller, John Abbott's ex-cell mate, on CBS television soap opera, The Young and the Restless. The show has earned eleven Daytime Emmy Awards for Outstanding Drama Series until now.