Eve Gordon is an American film and television actress most known for her portrayal of Marilyn Monroe in the NBC biographical drama miniseries, A Woman Named Jackie. She also starred alongside Rick Moranis in the 1997 sci-fi family comedy movie, Honey, We Shrunk Ourselves.

How Old is Eve Gordon? What is Her Height?

Eve Gordon was born on June 25, 1960, the daughter of history professor/lawyer Richard Bennett Gordon and historian Mary McDougall. She is 60 years old as of August 2020 and stands at 5 feet 6 inches (1.68 meters).

Gordon was born and raised in Pittsburgh, Pennsylvania, and went on to attend the ivy-league Brown University in Providence, Rhode Island, where she graduated c u m laude in with a degree in History. She got her Master in Fine Arts degree in Acting from the Yale School of Drama.

Eve Gordon made her acting debut in 1981 as Mindy Peters in the ABC soap opera Ryan's Hope. Her film debut followed soon thereafter when she played Marge Tallworth in the 1982 comedy-drama, The World According to Garp, starring Robin Williams.

Her breakthrough role came in 1991 when she portrayed Marilyn Monroe in the Emmy Award-winning CBS biographical miniseries A Woman Named Jackie, based on the life of Jackie Kennedy.

Gordon went on to star as Jordan Miller in the NBC sitcom The Powers That Be for the two seasons that it aired, as well as star as Maureen Bowman in another short-lived NBC sitcom The Good Life before it was canceled after one season. 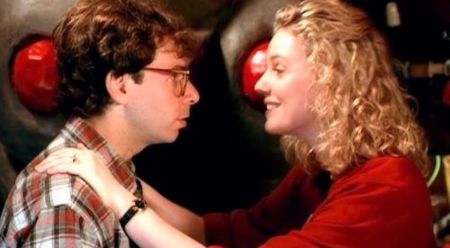 Eve Gordon and Rick Moranis in Honey, We Shrunk Ourselves SOURCE: Industry Central

Furthermore, she also continued to work in movies, most notably, co-starring as Diane Szalinski, the wife of Rick Moranis' character Wayne in the 1997 sci-fi family comedy, Honey, We Shrunk Ourselves. Other notable movie appearances include Miss Congeniality 2: Armed & Fabulous, The Grudge 2, Ouija: Origin of Evil, and The Circle, and Irresistible.

She has also made appearances in such TV shows like Veronica Mars, House, Grey's Anatomy, Monk, Two and a Half Men, ER, Ghost Whisperer, Glee, and Mad Men.

In recent years, Gordon has been a staple television presence with appearances on such shows as The Good Doctor, Big Little Lies, How to Get Away with Murder, and The Walking Dead.

Eve Gordon is married to actor Todd Waring -- of  Nothing in Common and Splash, Too fame. 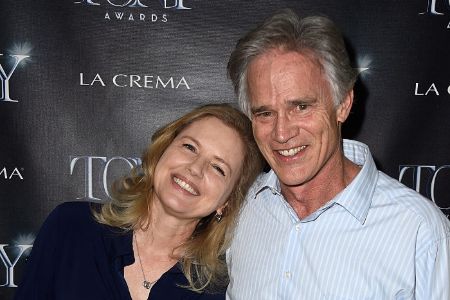 Eve Gordon is estimated to possess a net worth of $1 million. Her wealth is attributed to her career as an actress. The 60-year-old film and television actress has been in 87 movies and television shows. She is perhaps most well known for her portrayal of Marilyn Monroe in the Emmy Award-winning CBS Jackie Kennedy biographical miniseries A Woman Named Jackie. She is also known for co-starring alongside Rick Moranis in the 1997 sci-fi family comedy movie, Honey, We Shrunk Ourselves.