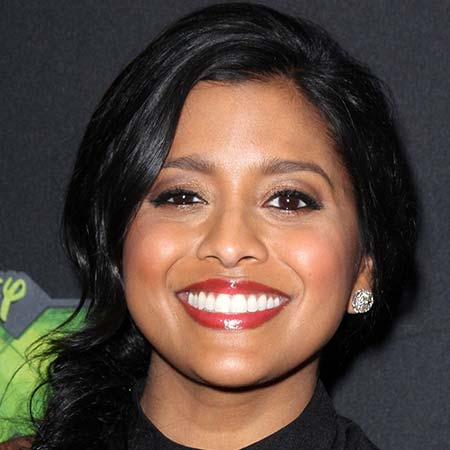 Tiya Sircar has established herself as one of the prominent faces in the world of acting with a number of iconic roles in many hit movies and TV series. The actress rose to prominence following her smashing performance in the movie The Internship. She, as of 2019, stars in Star Wars Rebels and Spirit Riding Free. Similarly, her other successful works include 17 Again, The Good Place, and more.

Tiya Sircar was born on May 16, 1982, in Fort Worth, Texas, the United States of America. She is the daughter of Sumit Sircar and Arpana Majumdar are both college professors. Most of her early days, she spent in Fort Worth along with her family.

She took dance and ballet cla s ses at the tender age of 3.

Sircar earned her two bachelor's degrees: one in Business/Marketing, the other in Theater & Dance from the University of Texas at Austin. Following her graduation, she moved to Los Angeles to pursue her acting career.

The actress belongs to American nationality and regarding her ethnicity, she is of Indian descent.

Tiya Sircar started her acting-journey by performing in 2005 movie Heavenly Beautiful. Her first TV appearance came in 2007 when she took the role in Acceptable. The same year, she worked in House, Hannah Montana, Moonlight, and The Insatiable.

From 2008-9, the actress played the role in the TV series The Suite Life on Deck where appeared along with Dylan Sprouse, Cole Sprouse, Brenda Song, and Debby Ryan. Some of her other works include Breaking the Girl, The Internship, Walking with Dinosaurs, and more.

Since 2016, the actress has been playing the role in the TV series The Good Place. She is also currently starring in Spirit Riding Free. In 2018, she was cast in Alex, Inc., and Supergirl. In 2019, Sircar was cast in the movie Good Sam

Tiya Sircar's Net Worth, Salary, And Major Source Of Income

According to celebrity net worth, Tiya Sircar has an estimated net worth of around $2 million, in 2019. The Good Place star has acted in dozens of movies and TV series which is her major source of income.

In 2013, the actress appeared in the movie The Internship along with Owen Wilson and Rose Byrne which turned out to be a commercially hit grossing over $93 million worldwide. The movie received mixed reviews from critics.

Tiya Sircar is not married yet and is quite secretive about her love life. As of now, Sircar is not dating anyone officially. But scrolling down her social media, it is found that she probably is in a relationship with Casting director and producer Zac Dixon.

The couple reportedly started dating in early 2018. Sircar along with her alleged boyfriend or possible future husband often posts beautiful pictures to her Instagram account where she has over 32.9 K followers as of 2019.

On March 18, 2018, Sircar wished him on his birthday with the caption,

Happiest of birthdays to one of my very most favorite people on this planet, @zbdix! I'm gutted not to get to celebrate with you this weekend and even sadder that you'll be leaving us here in Cali soon. BUT, this is just one birfday in a lifetime of birfdays that we will no doubt be celebrating together. Sooo...here's to many more! Love you, ZBD!

An actress is also a dog person who has a cute puppy named Vegas.