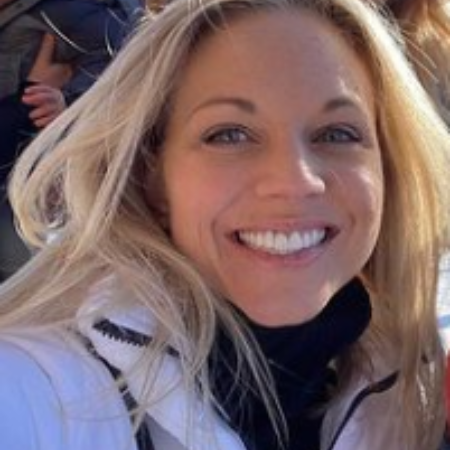 Tiffany Adams Coyne, better known as Tiffany Coyne is a famous American model and dancer most known for modeling for Chase Bank and United Airlines. She is the most famous model on the CBS game show Let’s Make Deal. She is also well known for guest starring on The Bold and the Beautiful and The Price is Right.

Tiffany Coyne was born on May 6, 1982, in Layton, Utah.  Her father is of German descent, while her mother is of Hungarian ancestry. She grew up with her two sisters, five step-sisters, and two step-brothers. The model belongs to the White American ethnicity and holds an American nationality.

Her family moved to different places as her mother was fond of building houses. Her family even lived near Hill Air Force Base for some years. She first joined Middle school and attended one year of high school at West Haven, Utah.  Later, she completed her education at Northridge High School which is located in Layton. She was also a member of a dance team at Fremont High school.

After her high school graduation in the year 2000, she performed with the America First Jazz Dancers for the Utah Jazz for two seasons. She also taught dance classes locally at that time.

Coyne had a passion for dancing from a very early age. She began dancing at the age of three and even started giving special focus on hip hop, Ballet, and Jazz. After dancing for the Utah Jazz for season 2, she got her sea legs performing on a cruise ship and traveling around Northern Europe.

Later, Coyne moved to Las Vegas, where she performed in several shows on the Las Vegas Strip, such as Siren’s of TI, Arden’s Jubilee, and more.

In the year 2009, Coyne made her television debut as the model on the popular show, Let’s Make a Deal hosted by Wayne Brady which moved her to Los Angeles. Later, she appeared in several movies such as The Bold and the Beautiful; The Price Is Rights and The Late Late Show with Craig Ferguson.

She has also walked on the runway for different brands and has also done ads for several companies such as Station Casinos, Core Fitness Belt, and Gym Form Abs. She has also worked as a substitute model for LMAD's show and The Price Is Right.

Tiffany Coyne's Net Worth And Salary

The dancer earns an excellent amount from her modeling and television career which makes her a total net worth of $1.2 million. She receives a massive amount of money from her television shows. She is a model on the TV game show Let's Make a Deal which originated in the US in 1963. And her annual salary is around $200,000. No doubt, Coyne has enough money to live a luxurious life. Besides, the model earns good money from her social media presence as she is an active user of Instagram.

The Let’s Make a Deal actress got married to the love of her life Chris Coyne. They first met while she was working on a Cruise. Her husband, Chris Coyne works at a technicolor sound.

While she was pregnant with her second child she has to take Maternal leave from the show Let's Make Deal for most of the half-season of 2013-2014. She was temporarily replaced at the time but was back on the show In September 2014. Also, the show managed to be taped before she took leave. Coyne seems to lead a happy and blissful life with her husband and kids. There is no sign of separation between the couple as of now.

Coyne often posts beautiful photos along with her husband and children on her Instagram account where she has over 69K followers, as of May 2022. She is often captured with her family while a family outing. Further, her Instagram account suggests that Coyne is a fun-loving person. Additionally, the model shares a healthy relationship with her friends,