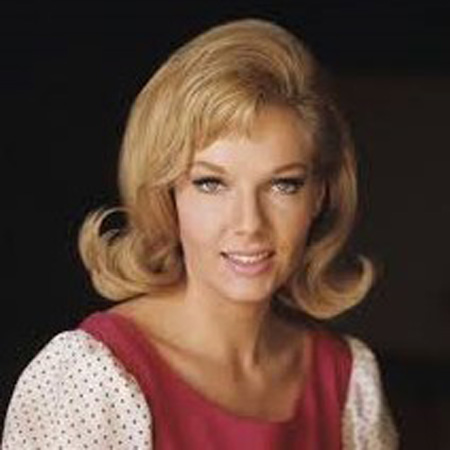 Thordis Brandt is a German-born, American actress best known for her appearance as a guest in a television series Hogan’s Heroes. She is also known for her roles in The Split, In Like Flint, Love a Little, Funny Girl and Spinout.

Thordis Brandt was born on September 7, 1940, in Germany. She holds a German nationality and belongs to Caucasian ethnicity. Her parents are of Norwegian and German ancestry.

When she was young, she moved to Canada and was raised at a farm in Winnipeg. Then she moved to British Columbia and then to Vancouver in 1958. She attended St.Paul Hospital School of Nursing and completed her graduation as a registered nurse.

To continue her nursing course and practice, she moved to Santa Monica, California.

The talented actress appeared in several TV shows which include, The Girl From UNCLE, Burke’s Law, Mannix and The Green Hornet. She appeared in one of the 1967 series' episodes of The Fugitive- The One That Got Away.

Additionally, she appeared in the movie beginning with The Last of the Secret Agents and Nevada Smith. She was also seen twice in films starring Elvis Presley, entitled Spinout and Live a Little, Love a Little. Moreover, she gained minor cult status as the victim of a serial killer, made for TV movie, titled Dragnet. After taking a retirement from acting, she worked as a nurse in Beverly Hills.

Brandt was married to Brent S. Yadon in 1979. She was blessed with a son named Christopher Brandt who was born in 1982.

The Hogan’s Heroes actress is living a luxurious life. Her famous TV series, The Girl From UNCLE, was able to earn $3,689 per weekend.

Thordis net worth has not been made public yet but as she is one of the famous actresses who net worth is assumed to be around $2 millions.

Brandt is 5 feet 8 inch in height.