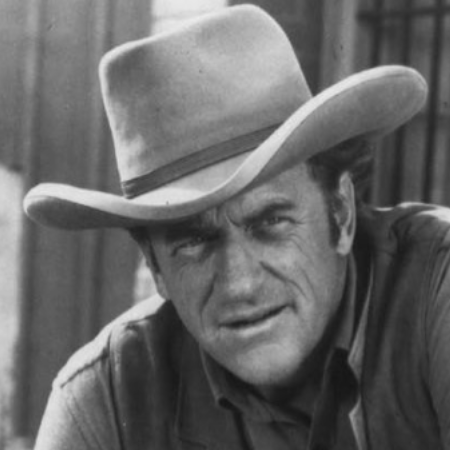 The three times Primetime Emmy nominee James Arness was a popular American actor who was best known for playing the roles of Marshal Matt Dillon for 20 years in the TV series Gunsmoke. Arness died of natural causes at the age of 88 on June 3, 2011, at Brentwood home in Los Angeles, California.

James Arness was born on May 26, 1923, in the city of Minneapolis, Minnesota, with the real name James King Airness. He was born as the eldest son of father Rolf Cirkler Aurness and mother, Ruth Duesler. He grew up in his hometown with his brother Peter Graves.

IMDb reported that as per on TV westerns in Time magazine (March 30, 1959), Arness stood 6' 7", and weighed 235 lbs. During his era, he was considered the tallest leading man in Hollywood.

Regarding his educational qualifications, the late actor completed his education at Minneapolis Washburn high school.  He received his Alma Masters's from Beloit College.

Arness As A Militant

Although his parents were a businessperson, he wasn’t much interested in business. Arness had a dream to be a pilot as a naval fighter. But his poor vision and problem with eyesight was the major obstacle that blocked him from it.

Arness yet served as a rifleman during the Infantry Division in the 3rd range within the United States. He also landed on Anzio Beachhead on January 22, 1944, which was mentioned in the Autobiography that stated about James Arness.

He landed during that time as a rifleman with the second platoon. Arness was also sent to General Hospital at Clinton Iowa during the time by the U.S.

Army because of his short height, where he was the 1st one offered to have a landing craft for the determination of the complexity of the water. He served the Military service from 1943 to 1945 as a Corporal.

In 1945, the former military serviceman began his career in the entertainment industry as a radio announcer at Minneapolis station WLOL.

James Arness made his film debut in 1947 with the movie The Farmer's Daughter. Eventually, he appeared in popular films and TV series like Gunsmoke, Them!, The Thing From Another World, and The Alamo: Thirteen Days to Glory, to name a few. 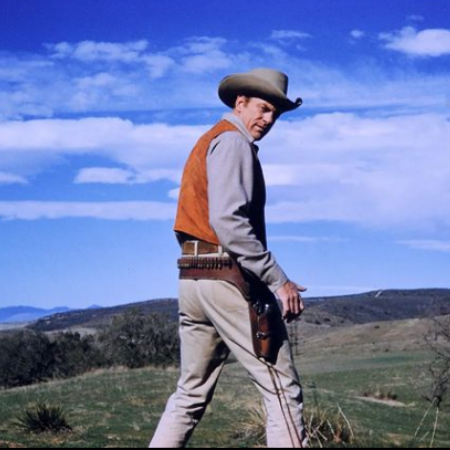 His most memorable character is undoubtedly U.S. Marshal Matt Dillon on Gunsmoke. He portrayed the character for 20 long years and made it into the hearts of every American who loved to watch TV.

Until his death, he had around 48 acting credits for which he was considered among the most experienced actors in Hollywood.

At the time of his death,  Arness was estimated to have a net worth of $8 million. He accumulated his fortune from his eminent career as an actor and a former military man.

Also, tabloids claimed his net worth to be around $27 Million at his death. Though his actual net worth was not clear, one thing is sure the actor had a lavish life. He was one of the highest-earning actors of his era.

Indeed, he earned a huge amount of salary from his appearance in the TV series Gunsmoke. A source reported that he had a salary of around $20 thousand per episode.  The same site cited, The Thing From Another World star, had the initial earning of only $1,200 per episode.

He starred in several other films, including The Farmer's Daughter, Iron Man, Hondo, The Sea Chase, The First Traveling Saleslady, and more. He was awarded a star on the Hollywood Walk of Fame in 1960. Arness was awarded the Bronze Star Medal and Purple Heart for his hard work and sincerity.

With the latter one, he exchanged vows with Janet Surtees in 1978. With his wife, he welcomed four children; Rolf Aurness, Craig Aurness, Jim Aurness, and Jenny Lee. Sadly, his daughter Jenny Lee Arness who was also an actress committed suicide on May 12, 1975. He also has six grandchildren and one great-grandchild.

On the other hand, there was a big rumor of a long-term relationship between James Arness and actress Thordis Brandt, but they never accepted their relationship in public. Besides, the actor had a good relationship with his family and friends.

When Did James Arness Die?

Arness died on 3 June 2011 of natural causes at the age of 88. At the time of his death, he was survived by his wife Janet Surtees at his house in Brentwood, Los Angeles, California, the United States.

His funeral was held at the Forest Lawn Memorial Park, Glendale, California was buried there.