It has been over one and a half-decade since Theo Rossi started his acting journey and he has worked in countless movies and TV series during these years. The actor first grabbed the attention following his role on the FX series Sons of Anarchy. He gained further acclaim for his work in Luke Cage.

Theo Rossi was born on June 4, 1975, in Staten Island, New York City, United States of America. He holds American nationality and has a mixed ethnical heritage. When he was 9, his father left the family and he was raised by his mother Mary Jane Tomasino.

Rossi did his schooling from the Monsignor Farrell High School. He later went to the State University of New Yor at Albany. Following his graduation, Theo enrolled at the Lee Strasberg Theatre Institute to study acting. At that time, he also performed in many theatre productions.

Theo Rossi scored his first acting role as Montilli in the 2001 movie The Myersosns. The same year, the actor made his TV debut appearing in the drama TV series Boston Public alongside Loretta Devine.

Subsequently, Rossi landed many roles in a dozen movies and TV series before his breakthrough performance in the hit TV series Sons of Anarchy in 2008. He portrayed Juan Carlos "Juice" Ortiz in the series until 2014 sharing the credits along with Charlie Hunnam, Katey Sagal, Mark Boone Junior, and Kim Coates. 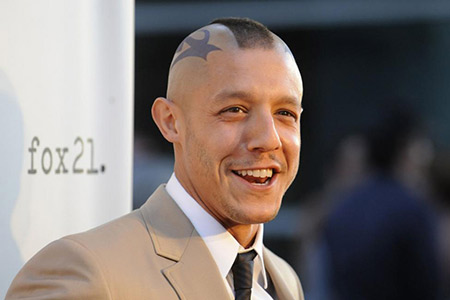 Charity and Other Work

Prior to acting, Theo Rossi worked with many non- profit organizations. He is an Amba s sador to the Boot Campaign. Most of the non-profit organizations he engaged helped to raise money for wounded soldiers as well as those who returned with post-traumatic stress disorder (PTSD).

Theo Rossi has an estimated net worth of around $4 million, according to Celebrity net worth of as of 2019. His major source of income is his work in movies and TV series. He has worked in many hit TV series but his salary is yet to be revealed.

The actor listed his home on the market for around $1.7 million, in May 2018. the 5,200-square-foot, single-family home is nestled on Charles Court in Albertville. It features four-bedroom and four-bathrooms.

Theo Rossi is a married man. He exchanged the vows with his wife Meghan McDermott, on November 14, 2014, in an intimate wedding ceremony. Rossi and McDermott dated for a few months before their marriage. His wife Meghan gave birth to their first child, son Kane Alexander Rossi on June 8, 2015. Meghan revealed her baby bump at the Vanity Fair Party during the Tribeca Film Festival, in April 2015, in New York City where she appeared with her husband. 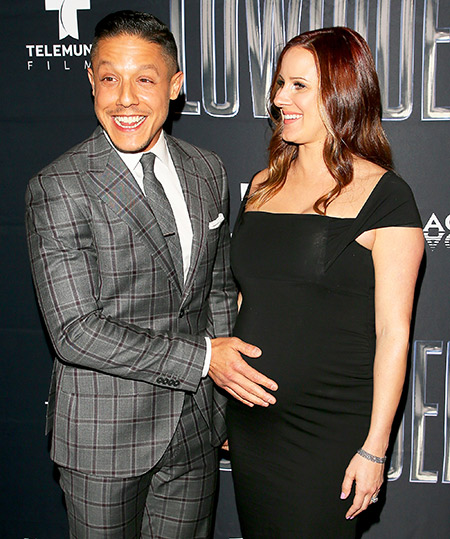 CAPTION: Theo Rossi and his wife Meghan McDermott at the Vanity Fair Party during the Tribeca Film Festival SOURCE: US Weekly

On May 9, 2017, they announced they were expecting their second child and welcomed their second son, Arlo Benjamin Rossi on August 3, 2017. The power couple has been sharing the blissful married life since 2014.