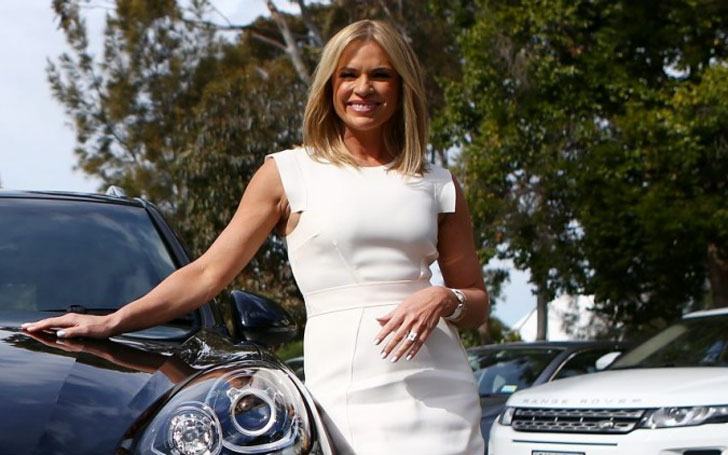 Sonia Kruger is an Australian television presenter recognized for hosting The Voice Australia and Today Extra. And as far as her personal life is concerned Kruger is currently married. However, she's had a failed marriage to her credit.

Today, we’ll talk about Sonia Kruger’s married life and relationships in detail. We’ll also open up about the reason behind the divorce and current status of this starlet.

Sonia Kruger, Dancing with the Stars' co-host is a divorced woman and a mother. Sonia previously married James Davies, a British-born banker. Her marriage with Davies’s ended in an ugly way, with disputes over their $4 Million properties.

The well-known tv presenter and her estranged tv producer husband went through a violent fight. On screen, she was the perfect polished host, but behind the screen, she embroiled in a bitter divorce battle that escalated into a vicious punch-up between James Davis and her then boyfriend Craig McPherson.

The fight that left James with a broken nose took place in broad daylight in the leafy Sydney suburb of St Ives. After the divorce with James Davis in September 2008, Sonia came closer to her current partner Craig McPherson, executive producer of Today Tonight.

Kruger began dating Craig McPherson since the fall of 2008. She is currently living with Craig McPherson and their children. They allegedly tried for a child for years, with both IVF and natural methods. And Sonia did become pregnant many times, however, most tries ended in miscarriages.

Sonia Kruger, the host of Big Brother Australia announced she was finally pregnant, having conceived through in-vitro fertilization in August 2014. And in January 2015, she gave birth to a daughter, Maggie with McPherson. Besides Maggie, Craig McPherson has six kids from his past relationships.

To the bride and groom!  #pippamiddleton #weddingdress #flowergirls #pageboys

Sonia and Craig haven't officially come out as a married couple even though they have been dating for a decade now, however, they did recently attend Pippa Middleton wedding. And besides, Sonia was spotted with a ring on her finger many times! Maybe this wedding will inspire them to get married soon? Who knows, let's wait and watch!