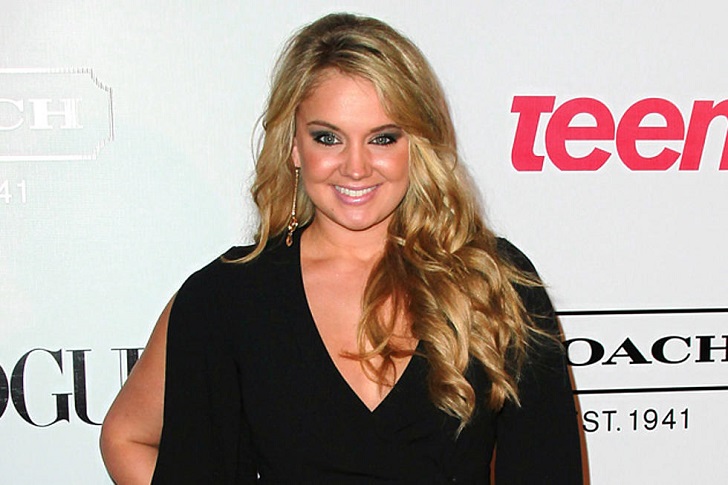 Former Disney star Tiffany Thornton is expecting her third child. On Wednesday, she shared the news on her Instagram, where we can see her two sons Kenneth James, 5, and Bently Cash, 2, are sitting on the bed, holding a board with a message "NEW BEST FRIEND COMING NOV 2018".

The mother of two captioned the photo with a biblical quote:

It would be the first child of Tiffany with her second husband Josiah Capaci. The couple tied the knot in 2017 in an intimate ceremony. She was previously married to the late Chris Carney, former lead singer of the band The Prom Kings and a reality star. He tragically died at the age of 35 in a car accident along with his best friend Ezekiel Blanton. 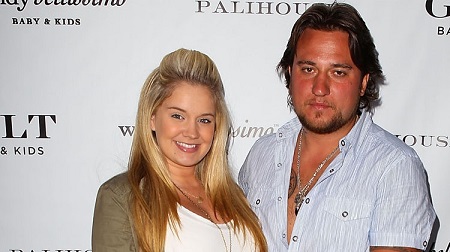 CAPTION: Tiffany Thornton With Her Late Husband Chris Carney Who Died In A Car Accident At the Age Of 35 SOURCE: In Touch Weekly

In February 2016, she wrote a heartfelt message on Instagram about how much she misses her husband. She wrote:

"I know God is the supplier of peace in the midst of storms and I draw all my strength from my belief in Him, but some days are just harder than others and today was one of those days."

She is in a very good place now all thanks to her partner Josiah Capaci. Tiffany, however, faced a few backlashes from the fans as she decided to remarry less than two-years after the tragic incident. 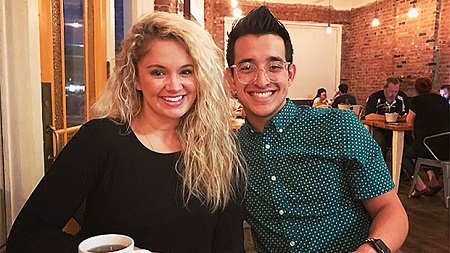 CAPTION: Tiffany Thornton And Her Second Husband Josiah Capaci Who Married In 2017 Are Expecting Their First child Together SOURCE: Hollywood Life

She, later on, shared her wedding picture on Instagram and shut down her critics with the caption:

“This. This is love. That all encompassing, enduring, accepting, near perfect love,” she wrote alongside the picture. “The kind that trumps my need to snap back at people who have the audacity to comment on my Instagram about whether I loved my first husband or not.”

This. This is love. That all encompassing, enduring, accepting, near perfect love. The kind that trumps my need to snap back at people who have the audacity to comment on my Instagram about whether I loved my first husband or not. But let me take a moment to explain something to you. There is no timeline for grief or for when God moves in your life in undeniable ways. There are a lot of people who think it isn't good to be transparent on social media but I say forget that. I'm going to be open and honest because God wants me to. It's part of my testimony and it needs to be said. I was a mess yesterday during our wedding ceremony. So many emotions flooded my heart as I walked down those balcony steps to the arms of my gift from God. I thought of Chris watching us and knowing he would have loved the choice I made, for me and for the boys. I thought of Chris's amazing parents sitting front row and how much of a blessing they have been and will forever be in our lives. How happy they are for the boys and I and how much they already love Josiah. I am so completely humbled by the love I receive from this man. Jo came along EXACTLY when God knew I needed him. It wasn't my choice to fall in love so quickly after chris passed but I was growing so comfortable with being alone that it was becoming unhealthy. Looking back now I think God saw that if I went too long without love that it would become increasingly difficult for me to submit to the authority of a husband after being set in my own ways. When I say "Jo is the greatest thing that's ever happened to me" that in no way indicates that I didn't love my first husband with all that I had. How dare any one of you judge me and say that on a social platform. It doesn't make you any better of a person to cast judgment on others and sit in the seat of mockers. I will always love chris and jo knows that. And I will always love Jo. The beautiful thing about love is that it multiplies as new blessings come into your life. I don't have to share one bucket of love with the special people in my life. Each one has their own bucket. Get it? Isn't that amazing?? God's timing is not our own. And I praise Him for that. You should too.

Congratulations!!!! to the beautiful couple.