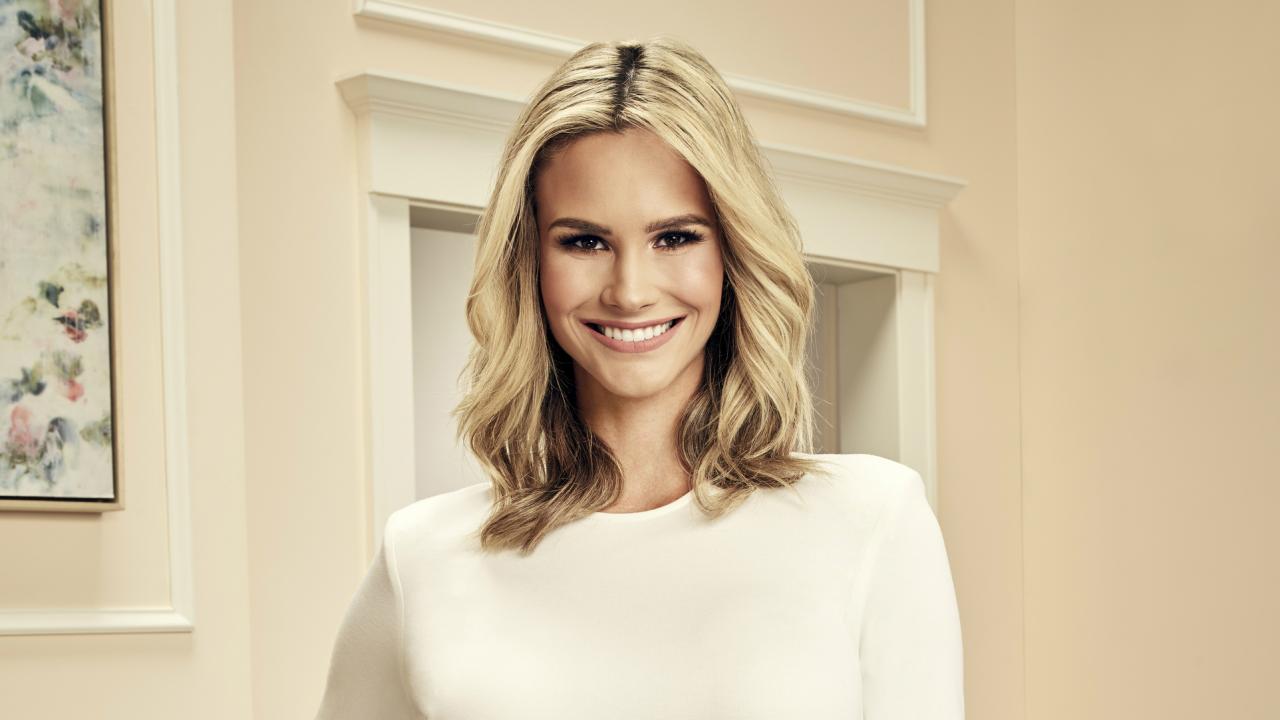 The Real Housewives of Orange County (RHOC) star Meghan King Edmonds has double reason to celebrate Christmas 2017. Meghan took to Instagram on Thursday afternoon and revealed to her fans that she and her husband Jim Edmonds are expecting twin boys in June 2018.

Meghan revealing that she is expecting twins boys, Source: Instagram

She also added a sign from Sweet & Crafty that show,” Our family is growing by four feet and two heartbeats."
The RHOC star revealed her pregnancy on her personal website saying that she was expecting a baby number third with her husband Jim Edmonds on November 27, 2017. She wrote:

So we've made it to the announcement: Aspen is going to be a big sister! It was so hard for us to keep it a secret from everyone especially since we shared our entire IVF journey with Aspen on RHOC from the very beginning. Tonight on the RHOC reunion you'll see that I'm only one month pregnant, but that was filmed five weeks ago: we are now ten weeks pregnant (and I'm feeling every bit of it)!

She also explained that through the process of IVF, 10 embryos were produced. Only four were chromosomally normal- a girl and three boys.

As for their first child, a daughter, Aspen recently turned one and received a family celebration. Well, it seems that she is well on her way to making a big family as she wanted for a long time.

In October 2017, she spoke up about having more children to ET, telling that she’s definitely ready for a few more!
Her RHOC co-stars Shannon Beador and Tamra Judge sent well wishes to her on their Instagram after she revealed about her twins.