The Black Eyed Peas' Singer Fergie is Pregnant With Her Second Baby From Her Husband Josh Duhamel? Details Here! 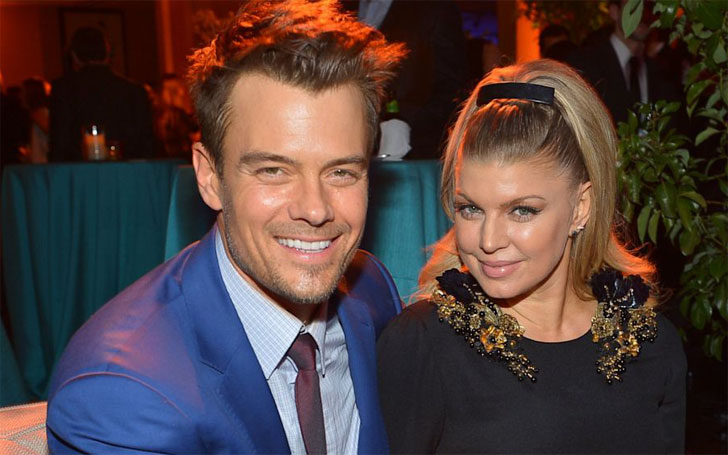 Fergie is finally back! Her second solo album Double Dutchess which is going to release on September 22, 2017, after over ten years her first album The Dutchess' release.

Fergie who is married to actor Josh Duhamel since 2009 is a mother of a son. And if the rumors are true, the Fergalicious singer is going to be a mother once again!

Is the singer expecting her second baby with her husband, Jos Duhamel? Is it just a rumor that Fergie is pregnant? Let's break it all down for you!

Is Fergie Pregnant With Her Second Baby?

There are speculations that Fergie is expecting her second child with her husband, Josh Duhamel. The couple welcomed their first child, a son, Axl Jack Duhamel, in August 2013.

According to an article published by lifeandstylemag.com on January 18, 2017, forty-two years old The Black Eyed Peas singer wants a baby girl. Her husband of eight years, Duhamel, intends to have a big family as well

Fergie with her husband Josh Duhamel and son

Also read: Fergie shows off her incredible figure in a bikini in Hawaii

A source said to Life and style:

They’ve been talking about trying for a second baby.

In an interview with Eonline back in 2015, the singer expressed her desire to have a daughter. She said:

My gosh, it would be amazing to give my little girl her own fragrance collection done by Mommy. Wow, that would be special, hashtagged blessed. After the album and the tour, we would love to have another child. Absolutely.

Due to a series of rumors of her pregnancy with baby number two, the singer finally opened about the rumor. On her 103.5 KTU radio station interview on September 8, 2017, Fergie said:

I’ve heard so many rumors about all of that

Well, it looks like the singer is more concerned about her career rather than growing her family at the moment.

Fergie and her actor husband Josh Duhamel started dating back in 2004. They first met on the sets of Duhamel's NBC series Las Vegas.

Fergie and Josh Duhamel on their wedding

The couple dated from 2004 till 2007 before finally getting engaged in December 2007. Fergie and Josh Duhamel married each other on January 10, 2009. The couple exchanged vows in a Catholic wedding ceremony at the Church Estates Vineyards in Malibu, California.

Fergie and Josh Duhamel are in their eight years of blissful married life. The singer shared a romantic picture where the couple appeared on a sunset beach on the occasion of their eighth anniversary. She captioned the photo:

"happy 8th anniversary to my bae."

Fergie and Duhamel frequently share lovely pictures of their family on their respective social media. We can see in all those posts, Fergie and her husband share a strong bond and that they are happily married.