The Bachelorette Stars Michelle Young and Nayte Olukoya Are Engaged!! 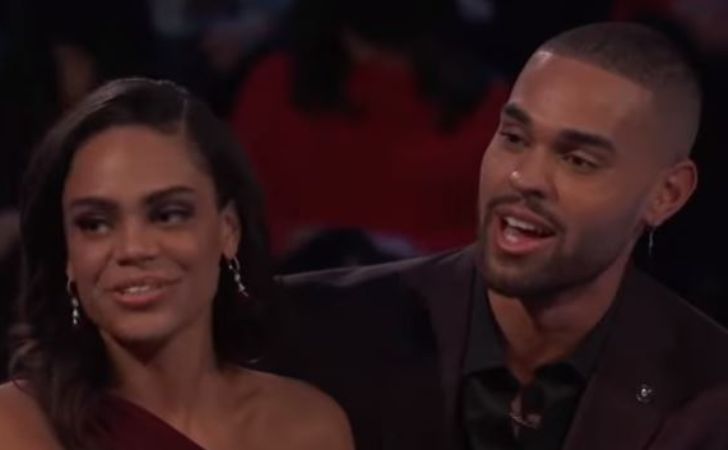 In todays world when love on reality shows is considered only to increase TRP and fake, Michelle Young, 28, and Nayte Olukoya, 27, proved true love can happen anytime, anywhere and to anyone.

The Bachelorette stars no doubt had an undeniable connection through out the love journey. Finally, the couple are leading a blissful life after their engagement on the show's finale.

Stay connected with us to know about everything about their love story. How is their relationship going after their enagagement?

Michelle Young Said 'Yes' To Nayte Olukoya: Their Love Journey On The Bachelorette

The Bachelorette stars Michelle Young and Nayte Olukoya has been engaged for more than two months. There is no doubt that the couple are as ecstatic as ever after accepting each other as thier future

Since the beginning Young always believed she had a special and undeniable connection with her fiance Nayte. When she was falling for him, she made sure it not to be her infatuation.

Michelle said she was blessed enough to grow up in a family with a healthy wedding. She disclosed she was not ready to give up until she gets her man all by herself on her side and said:

I'm not going to give up until I have that. He's my person. And I didn't know I could love at this level."

Following a growing bond, Michelle and Nayte went in several dates on the show. The 27 year old admitted that he was not that comfort and he could not open up in group dates. At that time, the only thing he did was to focus on the love of his life and adore her.

At the end, Young who is a teacher finally choosed a sales executive Olukoya over Brandon Jones and made one of the hard, beautiful, and emotional decision of her life. 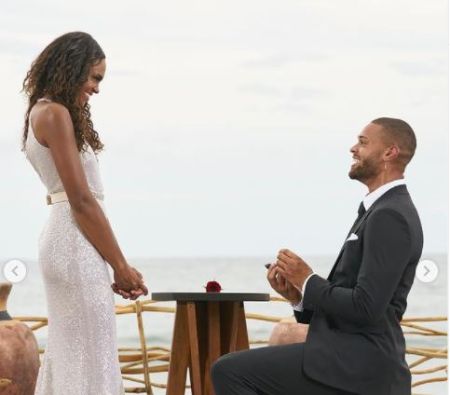 The 28 year old was in a cloud nine when her love got down on one knee and proposed her in the presence of her parents. No doubt, the moment was the best-case scenario for the newly engaged. Though Olukoya was all nervous and terrified, he proposed his now-fiancee pouring all his feelings and said:

"I want you to know I'm scared.' But at the end of the day, I've never been so aligned with how I feel about somebody. When I closed my eyes and thought about the future, I saw you next to me."

Melting on his pure confession, Michelle Young could not hold herself more and ended up saying YES to Nayte. Knowing and understanding each others' depth in life, The Bachelorette lovers got engaged on the show's finale.

With day-to-day blooming love and growing bond, Michelle Young and Nayte Olukoya are happily spending their days singing, dancing, and goofing around. Also, they does not forget to have some serious talks about their future together.

Read More: 'One Tree Hill' Star Sophia Bush Is Engaged Again After Many Relationship Failures- Who Is Her Current Fiance?