The Bachelorette Final: Becca Krufin And Garrett Yrigoyen Get Engaged 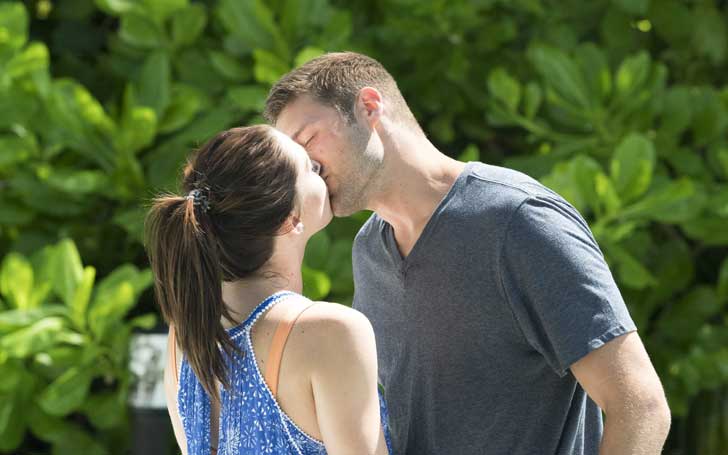 Bachelor star Becca Kufrin got engaged with Garrett Yrigoyen on Monday's two-hour season finale. The 28-year-old reality star had to choose between Garrett Yrigoyen and Blake Horstmann in the final episode where she went for Garrett.

The final which began in the Maldives with Becca admitting she fell for love with both of her finalists, ended with her accepting Yrigoyen's proposal.

I love Garrett so much and I love Blake so much. Blake, since week one, has been the most consistent relationship and the strongest.

There’s just this pull to him. I feel like our hearts just recognize one another. Because of that, I always thought he’d be the one at the end of this.

With Garrett, it's been a little bit slower. But I started to see so much more to him and so many other sides that I really felt could fit into my life. And it's been growing and growing.

Before Kufrin accepted Garrett's proposal, she introduced him to her family who helped her with making a decision to choose between Garrett and Blake. Becca's mother even told that Becca's late father would definitely approve.

Meanwhile, Kufrin also introduced another finalist, Blake Horstmann to her family who made an equally good impression where Becca's sister said she could "absolutely" see him as her brother-in-law. She told Becca,

I feel like Blake would challenge you and he would be more of a teammate. You just need to decide what you want.

Becca and Garrett were seen spending their quality time together sailing the Indian Ocean on their last day. The couple was seen heading to Garrett's hotel room for last few hours of their date where Garrett envisioned their future, full of diaper changes and trips to the grocery store. He said,

I just feel so confident and comfortable with where I'm at with you. I know that you're the person that I need in my life to make me be a better version of myself every day but I want to make sure that I'm the person that does that to you as well.

So when you make that decision, I'm willing to be absolutely crushed at the end of this, even if it isn't me, just as long as you're happy.

Prior to getting engaged to Kufrin, Garrett was in a short-lived married relationship with his ex-wife about which he frequently discussed during his journey in Bachelore.