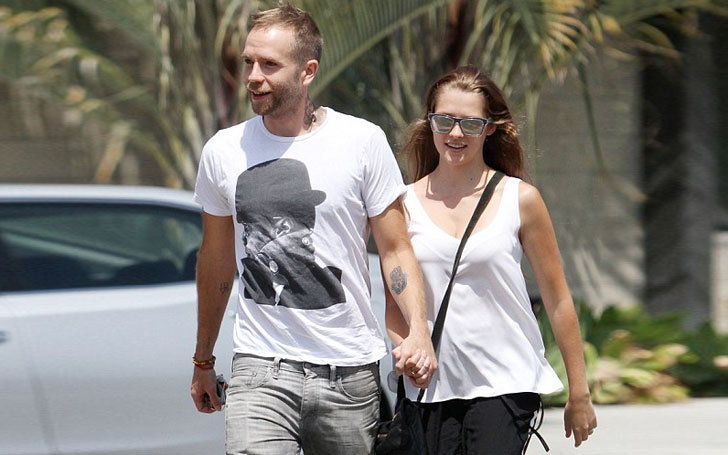 The duo started dated since the year 2012 and got married the following year in 2013. What's cooking in this couple's married life? Let's find out.

The Adorable Friendship Between Mark Webber's Ex-Wife and Current Wife

Webber and Palmer married a month before the birth of their first child, Bodhi, in 2013.  Fast Forward to 2017  and they have another kid named Forest Sage,  born in February this year. Along with the two kids, Teresa is also a step-mom to 10 years old Isaac. Mark Webber and Teresa Palmer with their kids

Isaac is Mark's son from his previous relationship with Frankie Shaw. Unlike regular stepmoms who don't get along,  Frankie and The Hacksaw Ridge star, Teresa Palmer, are like a sister. Calling them sisters isn't an understatement, Frankie invited Palmer to her own wedding as her bridesmaid.

And the relationship between Mark Webber and Teresa Palmer seems to be great as well, talking about her marriage, Palmer says:

'I wish I could tell all my single girlfriends to fall in love over email,'  'Not only are you forced to look at yourself, but you really get to know a person without physicality or sex getting in the way.

Whereas Marks explains the experience as "out of the body experience" and also said he could not even speak when he first saw the Australian actress. Before meeting Palmer Marker thought, he would be a single dad for the rest of his life imagining it would be very tough for a woman to take on. Seems like everything worked out fine at the end!

The couple has been traveling the world with their kid as the actress has been filming back-to-back movies which include Point Break and Message From The King. Even with all the traveling, they managed to celebrate Bodhi's first birthday in their hometown.

This seems like such an uncomplicated and happy family! Recently, Teresa was spotted showing her flawless post-baby body while she was strolling her baby boy Frost Sage in LA.

For updates and fresh celebrity news, keep coming back to Article Bio.