Texas Police Officer Shoots A Woman, Who Yelled "I am Pregnant" During Her Arrest 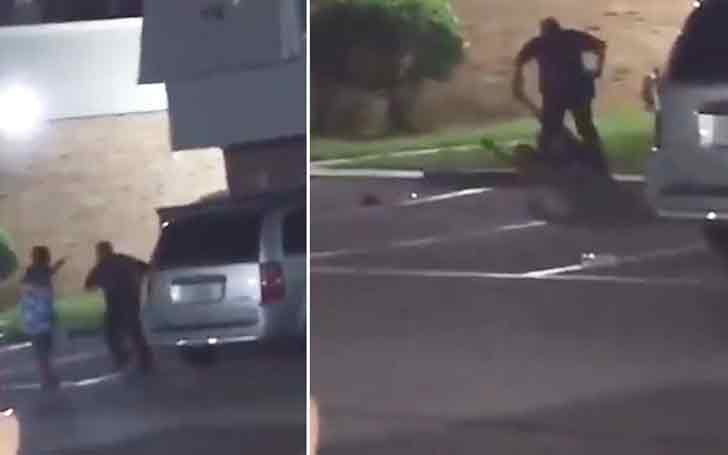 A Baytown Police Department officer shot a woman, 44, to death Monday night in the parking lot of her apartment complex. A recently emerged video showed the woman yelling "I'm pregnant" moments before the officer shot her fatally.

The identity of the officer, who has served the Baytown Police, is not revealed but the woman's identity was revealed as Pamela Shantay Turner.

According to the police, the officer was patrolling the area at around 10:40 on Monday night when he saw Turner, who was wanted on outstanding warrants for assault and criminal mischief. Police also reported the officer knew the woman from previous interactions.

Baytown police Lieutenant Steve Dorris said while the officer tried to arrest her, a "struggle ensued."

Meanwhile, witness video from the encounter, which was posted to social media showed the officer trying to arrest the woman near a parked vehicle. In such, Turner can be heard saying "I'm walking, I am actually walking to my house."

The relatively darker video further shows the woman getting free from the officer before moving toward the apartment buildings. Then she is heard saying, "You're actually harassing me." The woman allegedly gained control of the Taser and used it on the officer before the officer stood back and fired five shots towards her.

Pamela yelled "I'm pregnant" moments before the officer rained bullets on her, however, the autopsy reported she was not pregnant.

Baytown police said the officer tried to provide first aid to the woman, however, she died at the scene. Turner's husband, Floyd Rubin told CNN police hadn't shared any details about the encounter with him and his family.