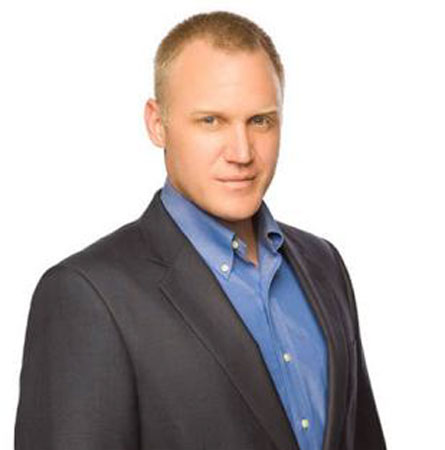 American actor, Terry Serpico is best known for his work on movies like Army Wives (2007), The Purge: Election Year (2016) and The Inspectors (2015). He started his career as a stunt performer but later established himself as a professional actor.

Serpico is possibly single but was previously married to Erin M. Goodwin. He is the father of two children and currently resides in Charleston.

Terry Serpico was born Terrance M. Serpico on June 27, 1964, in Fort Sill in Lawton, Oklahoma to Frank Serpico. He is American and belongs to the White ethnicity. His zodiac sign is Cancer. He is the youngest of his three siblings.

Serpico completed his education at Boston University. He attends the State University in New York at Purchase and graduated in 1989. He has lived in different cities including, Texas, Colorado, Germany, Georgia, and Pennsylvania.

Terry Serpico started his Hollywood career as a stunt performer but was later offered the movie, Donnie Brasco. He was cast in a minor role in the movie. In 1997, he appeared in different films such as Cop Land, Donnie Brasco, and The Peacemaker.

Serpico has appeared as a guest on TV shows like  Law & Order, CSI: Miami, Law & Order: Criminal Intent, and Person of Interest. He has played various roles in movies and TV series in his career.

Serpico's screen credits include Random Hearts, Frequency, The Departed, Find Me Guilty, and Michael Clayton. His other notable works include The Bronx Is Burning, Kidnapped, Army Wives, Rescue Me, The Purge: Election Year and many more.

Terry Serpico has been active in the film industry for the last two decades contributing many wonderful movies and TV series to the entertainment field. He has worked on more than 40 movies to date which has helped him increase his net worth immensely.

Terry Serpico's estimated net worth is around $1.5 million, as per some online sources. Besides, he charges an impressive sum for his presence in movies and TV series.

In 1997, his debut movie, Donnie Brasco succeeds to collect $124.9 million at the box office. Likewise, Hannibal grossed $351.6 million which was considered as the huge hit of 2001. His other movies like The Interpreter ($162.9 m), The Purge: Election Year ($118.6) and The Departed ($291 million) also did great at the box office. In The Departed, the actor shared the screen along with Jack Nicholson, Leonardo Dicaprio, and Matt Damon.

Terry Serpico currently resides in Charleston and he is enjoying his singlehood. Previously, he was married to his longtime girlfriend, Erin Serpico. He and his ex-spouse Serpico first met at the Rodeo Bar in New York where he worked as a bartender and Erin worked as an assistant manager.

The duo shares two children; son, Calvin Serpico and a daughter, Stella Serpico. The couple tried best to save their relationship but failed, they decided to end their married life in divorce with mutual understanding. After the divorce, they agreed to remain friends for their children. Besides acting, he enjoys surfing and golf and is an active Crossfitter as well.