Congratulations are in order for Terra Jolé and Joe Gnoffo! The Little Women: LA  and the Benchwarmers star have welcomed their third child, a baby girl, together. 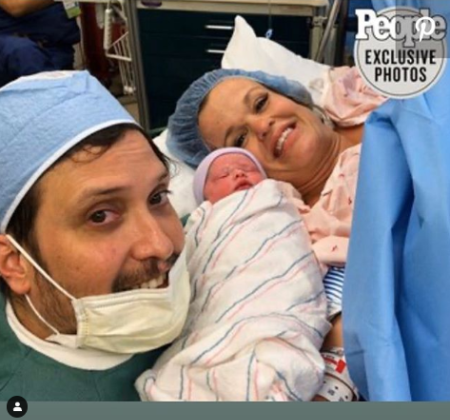 As previously reported, the husband-wife duo announced in November 2019 that they were expecting their third child.

The pair said in a joint statement at the time,

Life is about to get even more chaotic and joyful in the Spring with our new blessing! So excited to finally be able to share this big news (and not have to hide the growing belly anymore!) and really enjoy this pregnancy. We are feeling all the emotions right now as our party of four becomes a party of five!

31 weeks and counting. What will your name be? What will your personality be like? How will you change our lives forever? Can’t wait to discover every question. I’m grateful for every kick, every flutter, every thing that you are sharing inside this growing body of mine.

Jolé and Gnoffo are also parents of daughter Penelope, 4, and son Grayson, 3, who were born in March 2015 and August 2016, respectively.

The couple tied the knot in a beautiful ceremony in Illinois in 2015. They are planning to renew their vows in Italy.