Teri Hatcher Lashes Out At Star Magazine That Calls Her Broke, Homeless and Living Out Of Her Van 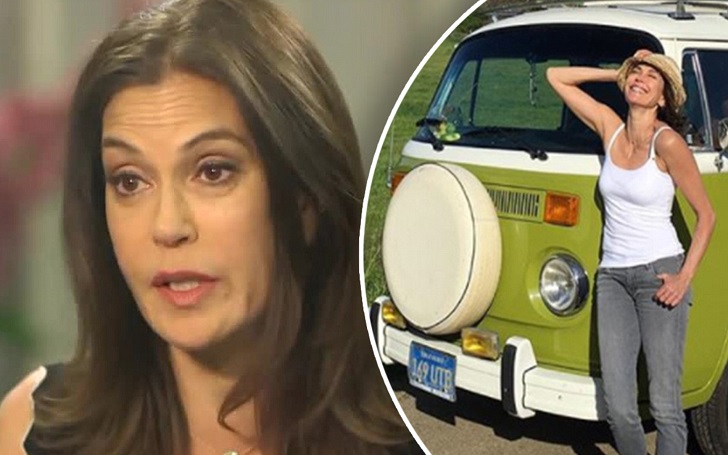 The desperate housewives alum, Teri Hatcher, call it an absurd to the cover story published this week in the Star magazine where she is called “Broke & Homeless!” and “Living in Her Van!”

Hatcher concludes the dispute ‘absurd’ while sitting down with KTLA’s Sam Rubin in London.

Hatcher sat down for an interview which was aired on Thursday and criticized star magazine for their article calling the news false. She said:

It’s categorically false. I am not broke. I have done very well investing my money. I am not homeless and I am not living out of my van.

Well, when the details were further elaborated, the 53-year-old Hatcher explained she was shooting for her youtube series, van therapy at a beach in Los Angeles where her paparazzi snaps were taken creating a misleading story that she is broke and homeless. She explained:

A couple of weeks ago, the magazine reached out to my publicist to say, ‘We have these paparazzi photos of Teri at the beach,’ which, by the way, I was filming drivebys for my show

They said they were going to run this story about me being broke, and I think they even used the word suicidal and homeless and whatever. And my lawyer and my publicist said, ‘Categorically not true, you can’t print that, she’s doing a YouTube show, that’s her van, she has many homes in many states all over the country. There’s nothing about this that’s true

Furthermore, on the discussion, Hatcher spoke in defense of fellow actress, Sharon Stone whose photo of tripping was printed on the same cover of the magazine.