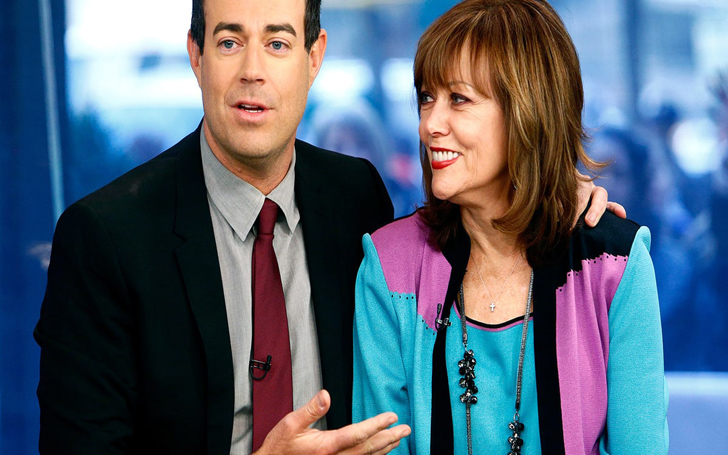 A tv personality and mother of Carson Daly, Pattie Daly Caruso died of a heart attack. The news broke out on Sunday. She was 73.

The valley view host, pattie died peacefully with no stress at her palm desert home in California according to the reports of Desert Sun. Pattie was one of the renowned personality in industry. She hosted valley views, a popular Coachella Valley TV show for over 25 years.

She had interviewed countless people and celebrities and contributed in covering some local events. In 1997, she was honored with the title ‘television woman of the year’ and ‘first lady of the desert’ in 1998.

She held the Athena Award in 2003 for her contribution in the media field.

Pattie was a breast cancer survivor. She was actively involved with charitable foundations such as American cancer foundation, Eisenhower medical center auxiliary, and the Ronald McDonald house as well.

Her son Carson had a great bonding with her. They have shared screen space in one another’s shows. Carson did not attend the 2017 Emmy Awards the voice won the outstanding reality –competition program.