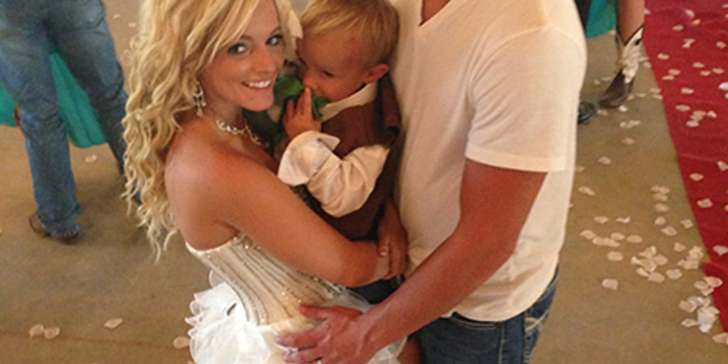 Okay, now here is some news, the most popular Teen Mom 3 star Mackenzie Douthit McKee is expecting her third baby with her partner Josh, whom she parted ways with in April. According to the wiki, Josh and Mackenzie have an age of 22 and 21 respectively.

Sources have said that McKee is expecting a baby boy which, the doctor has said, will be born in September this year.

Mackenzie is no doubt one strong woman on the inside and out. After being separated with her husband, Mackenzie has decided that she will be raising her new baby boy as a single mom.

On Tuesday, The Oklahoma resident happened to share something along the lines of her pregnancy. It said: ‘The biggest risk you will ever take in life is not taking a risk at all.’

The split lovers have two children together. They have a son and a daughter. The boy is a four-year-old called Gannon and the girl’s name is Jackie who is two years old.

It was one hell of a roller coaster ride for the two of them to be in a relationship over the years. Mackenzie stated that ‘they both cheated on each other before getting back together.’

According to reports, they split again last year when Josh happened to throw Mackenzie’s wedding ring into the toilet during a fight. The fight broke when she drove their car into a ditch while out searching for him. Well, the reason may just sound strange but that is what is believed to have happened.

The couple first began dating back in 2010 and Mackenzie got pregnant with their son when she was still in high school. They were engaged before which they called off in 2012, got re-engaged and later got married in 2013.

We don’t have much on the net worth of the couple here. But we do know that Mackenzie has a store which she has advertised on Etsy.