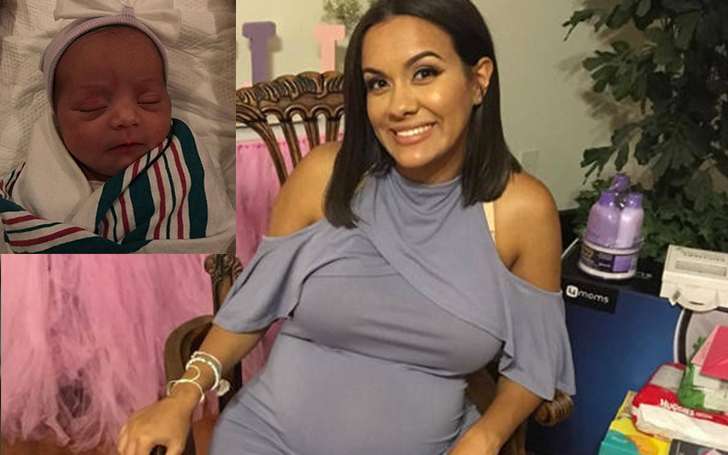 The Teen Mom star Briana DeJesus welcomed her second daughter Stella on Sunday 2nd of July. The 23-year-old Orlando native actress has become a mother for the second time, five years after her first daughter Nova.

The gorgeous actress was previously in a relationship with Devoin Austin. They have a five-year-old daughter Nova. However, Austin is the father to DeJesus second child Stella.

The former The Teen Mom 2 star welcomed her baby girl, Stella, in Florida on Sunday afternoon. Briana took to her Instagram to announce the good news. There she posted an image of the child's footprints, showing the baby measured at 19.5 inches and weighed 6 pounds and 11 ounces and captioned "What a blessing"

As far as the baby's father is concerned,  his name is Louis, who is eight-year older than her. DeJesus revealed in an interview when she met Louis, she told him about her experience on television and she also asked him not to watch any of her shows.

Prior, in January 2017, she announced she was expecting second child through a Snapchat account. Then she posted a series of images and wrote, "Looks like Nova won't be an only child anymore." in addition she said she was super-excited for her July due date.

DeJesus frequently talked about her pregnancy and upcoming baby after she announced her pregnancy in January. On June 12, she even shared an ultrasound of her baby through Instagram where she captioned 'My lil Dominican bae.'

It seems happiness will be doubled for the MTV star on this July as her new show The Teen Mom 2 is going to be premiered on July 17, on MTV

Before DeJesus was linked to  Louis, she remained in a relationship with Devoin Austin for a short period of time. Devoin is a Michigan-born boy who also appeared on Season 4 of MTV show 16 & Pregnant

DeJesus and Devoin started dating each other in 2011 while she was only 16. After some time, she found herself impregnated by her boyfriend Austin.

Briana DeJesus with her daughter Nova

She gave birth to her daughter Nova Star DeJesus on September 9, 2011, and shortly after her birth, Austin broke up with her and since then she has been raising Nova as a single mother. And one more responsibility is added to her after she became mother recently.