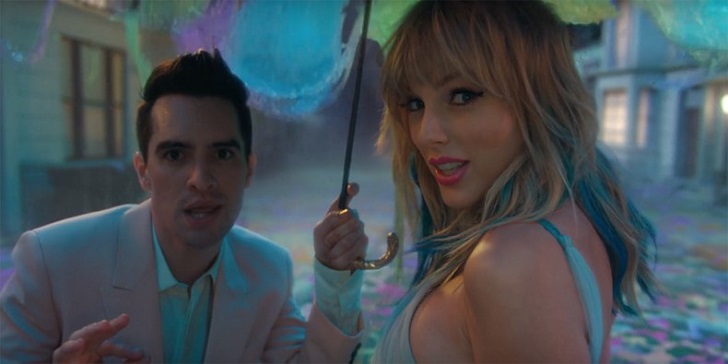 Taylor Swift Released A New Music Video For Her Hit Single “ME!.” At Midnight On Thursday, 26th April 2019.

Prior to this, the Emmy award-winning musician had dropped hints of her new song on her Instagram and other social media posts, which were usually captioned with the numbers 4.26.

The star has been posting pastel-filtered photos butterfly emojis on her social media, prompting fans to guess her new music.

The fans had been expecting the new single for almost 2 weeks when Taylor started her 4.26 thing.

When asked about the video, Taylor said,

the new music is all about embracing your individuality, celebrating it and owning it

The music video introduces Swift and Brendon as the parents of two cats.

The song has already gathered over more than 451k views on YouTube.

So... @kelseymontagueart helped me pull off the best surprise clue reveal today in Nashville!! Thank you to everyone who showed up, I’ve never been more proud of your FBI level detective skills. Next clue: I’ll be joining the magnificent @robinrobertsgma for a chat tonight on ABC live from Nashville

Taylor Swift informed earlier on Instagram that she would be watching the new video live with her fans and answer their questions regarding the video.