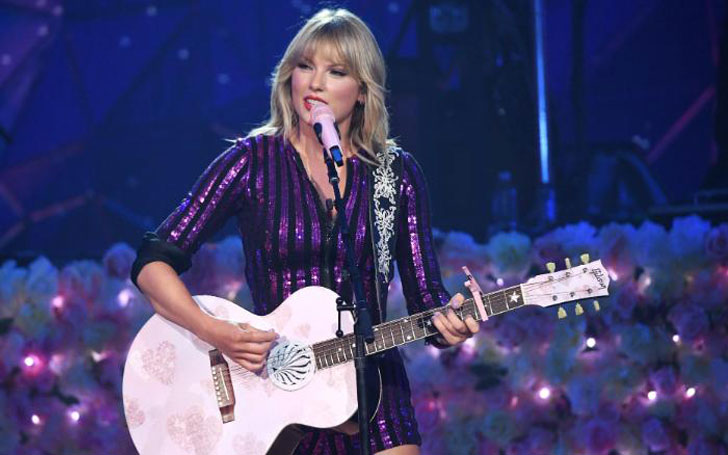 When we listen to those nostalgic, narrative songs like Fearless, You Belong with Me, Love Story, Fifteen, and White Horse, we know immediately that we are listening to the magical pop star Taylor Swift.

Her unique style that is sometimes country or pop and at other times downright rock – a controversy that has earned her the respect not just from her fans but from critics as well. She has been named 'Entertainer of the Year', 'Most Influential Artist of the Past Few Years', most influential and most powerful women, among others.

Taylor Swift has collaborated with many other artists either recording soundtracks for films, duets with other singers or backing vocals.

To that end, her fans are more than zealous about following her endeavors and backing her in anything that she has to offer either as a singer, songwriter or actress. Lately, she has announced that she will release her seventh album which is scheduled to come out on the 23 August 2019.

The album is labeled 'Lover' and includes her latest single 'ME!' and 'You Need To Calm Down' – a new single that is already out and available for the fans to get enjoyed.

The album is comprised of 18 tracks, and as she stated herself, it is going to be romantic which is rather evident from the name of the album. It indicates that she is reverting back to the girl who sang sweet girly things like those we saw in Romeo and Juliet.

Taylor has a lot of worries surrounding the release of the album, not just due to the change in style, but by Taylor’s standards, ME! was not quite the success she had expected of it as it only came out at No.2 on the Billboards! For Swift, it was the first song not to skyrocket to number one on the Billboards!

The album Lover is quite a massive shift from her previous album 'Reputation' which saw her in black leather and with snakes. This album opens with ME! which has an image of a snake turning into numerous butterflies.

Whether her fans want to see her in the previous light, or they want her to revert to the girl that they had always been used to - has yet to be seen with the release of the album.

Lover is all set to be released, and fans are anxious to see all she has to give, and it is apparent that she has put a lot of herself and her efforts into it. You can look here for Taylor Swift tickets without service fees when she is performing live in a music concert near you.

For fans of Swift, they like to listen to her in all her colors and styles, and they can barely wait to hear to the newest form of songs which are in essence Taylor Swift in reality.

Of course, that is one of her most substantial factors, each song is about a piece of her life or personal experience. That is what fans find so endearing in anything that she does.