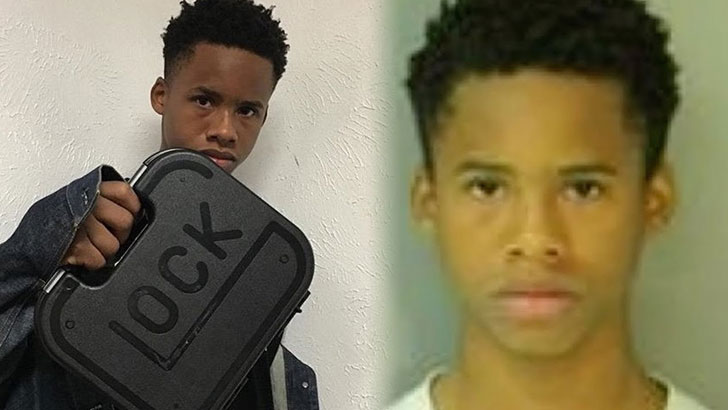 A Facebook post from Tay-K fan base page has claimed K's release from jail after probation violation and various murder charges.

The Facebook posts claiming the 17-year-old rapper's release started to come in on the evening of December 13 following the rapper shared a picture of himself which he captioned,

F*** the law, they finally let a n***a out on five years of probation.

The rapper further added a few more status such as,

If I say I’m FREE then I’m FREE, Nobody needs to lie about being home from jail.

After all these social media posts indicate, Tay-K's release, but there is no official confirmation yet. However, fans are convinced his release is for real and fans have been flooding Twitter with tweets about his release.

In July 2016, Tay-K was arrested after authorities found him a part of an alleged robbery which left one person dead. He was placed under house arrest before his hearing, however, he escaped from his ankle monitor and ran away. He was later apprehended in New Jersey in June 2017,

During the time from his fleeing and re-arrest, Tay-K recorded his song, The Race which his biggest hit until the date.

Moreover, he also attacked a 65-year-old man in Texas. In August 2017, he was tried as an adult while the next month, he was charged with more capital murder cases. He was allegedly present at the scene where a 23-year-old man was shot to death outside a Chick-fil-A restaurant in April 2017.

Despite all these charges, the rapper is supposed no longer be in the jail.