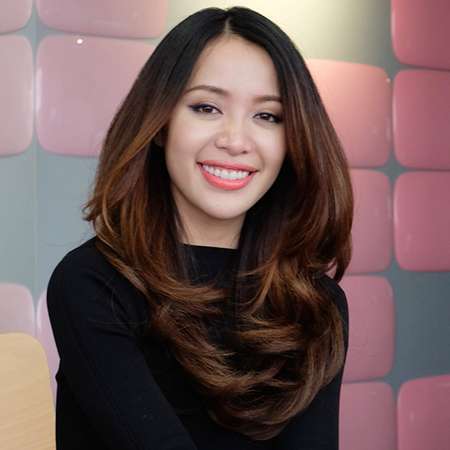 American makeup demonstrator, entrepreneur, and YouTube sensation, Michelle Phan was a struggling waitress who helped her family financially by becoming a YouTube makeup guru and eventually a beauty superstar.

It did not take Phan long to become the second most-subscribed-to female on You Tuber, ahead of Taylor Swift and Lady Gaga. At present Michelle Phan’s YouTube channel has nabbed over 8 million subscribers and she has uploaded over 300 YouTube videos.

Michelle Phan was born on April 11, 1987, in Boston, Ma s sachusetts under the birth sign Aries. Her Vietnamese parents raised her with her older brother Steve Phan and a younger half-sister. Phan was very close to her father and he even gave her a Vietnamese name, Tuyet Bang meaning avalanche.

Her father had a serious gambling problem which led them to move from place to place. Eventually, Phan’s family landed in Tampa, Florida. Unfortunately, Phan’s mother was left heartbroken when her husband left her and never came back for an unknown reason.

Later Michelle Phan’s mother got married and Phan got a little half-sister, Christine. Phan’s relation with her stepdad was good in the beginning but later it turned out equally bad so they had to move out.

Phan attended Ringling College of Art and Design. In March 2014, she earned an honorary doctorate of Arts degree.

At the age of 17, Phan started to work as a waitress to help her mother. Phan’s mother did not allow her to use makeup until she reached her senior year of high school. The family suffered a lot financially.

Michelle Phan had to sleep on the floor and that they had almost no furniture. Even in school, she did not make friends and Phan was made fun of because she was different and Asian. To cope up with all the problems she faced, Phan curled up in her room and started drawing and sketching. Art became Phan’s sole escape and was later accepted at Ringling College of Art and Design in Florida.

Phan’s only problem was to find the $12000 for tuitions. However, that was covered up by her mother who paid for the first semester from the same money which her aunt and uncle had given to them to buy furniture.

Michelle Phan received a laptop from the university through which she uploaded a seven-minute tutorial on “natural makeup”. Within a week, the video had 40000 views and thus, she kept moving on.

In 2005, Phan had a personal blog where she discussed different makeup tutorials. Under the name Ricebunny on Xanga, Phan started posting tutorial video blogs and began publishing on YouTube in May 2007 from which her career began.

Michelle Phan is best known for her tutorials on Lady Gaga's Poker Face and Lady Gaga's Bad Romance. Buzzfeed featured many of her videos in 2009 and 2010 which made them go viral and soon she started earning as much from advertising revenue as from waiting tables so she quit her job.

In 2011, Phan co-founded ‘My glam’ which is a monthly beauty subscription service with various beauty products that are a s sociated with tutorials on the website.

In 2012, Phan’s channel was so successful that Google offered her $1 million to create 20 hours of content. It changed her life. Michelle Phan also became a YouTube advertising partner and launched FAWN a YouTube multi-channel women’s lifestyle network.

In addition to the overwhelming joy, Michelle Phan was asked to incorporate the products of Lancôme and later L’Oreal gave Phan her own makeup line.

On August 15, 2013, Phan combined with L’Oreal Group and launched EM by Michelle Phan (EM; Vietnamese world for a little sister or sweetie). Many of the EM products are a nod to Phan’s background which includes her time as an art student.

Michelle Phan, a YouTuber has been nominated for several awards and won some of them. Some of her won awards include:

Some of her other nominated awards include the Teen Choice Award 5 times.

Michelle Phan was in a relationship with Dominique Capraro who co-starred on some of her Videos including My Boyfriend Does My Makeup. Phan believes that ‘'Success is like a lightning bolt, it’ll strike when one least expects it, and one just has to keep the momentum going'’. As per her name, Phan has proved herself as an avalanche by helping her family and herself from her unfortunate past.

The couple met for the first time in a Parisian Café on Valentine’s Day of 2011 in New York and eventually started dating.

Michelle Phan is listed on the Top 5 Richest YouTuber of 2017.

Michelle Phan admitted to having Botox and fillers done but was also rumored to have plastic surgery which she denied. Few of her before and after photos revealed that she had had jaw surgery, a nose job, and double eyelid surgery.

Despite expanding her brand in a form she could hardly dream of, Phan’s business still revolves around her family.

Ultra Records sued Phan in 2014 for copyright infringement related to the music which she used for her YouTube videos. She sought up to $150k in damages per infringement for a total of $7.5 million.

In August 2015, both the parties settled the matter out of the court which was not made public yet.