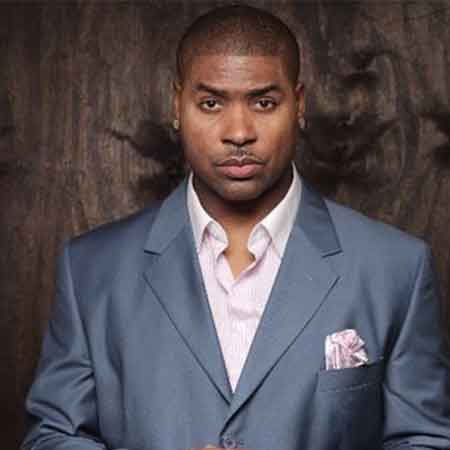 Tariq Nasheed is one of the world’s most followed celebrities. He is often considered as the 'Love Guru'. Tariq grabbed a huge attention after creating a dating technique called G.I.C.2 which actually represents the Game, Intelligence, and Common Sense, Squared. He is also a writer who has published numerous popular books based on dating and finding women-one of them is New York Times bestselling The Art of Mackin. So far, he is a  producer, a fashion designer, comedian, a public speaker, and radio presenter. There is no harm to say that he is a man of all seasons.

Tariq Nasheed was born on July 1st, 1974, in Detroit, Michigan, United States. His ethnicity is African-American while his nationality is an American. He spent most of his childhood days in Detroit along with his family.

At a young age, Nasheed moved to Birmingham. He scraped up a $125 plane ticket because of slow pace and boredom of the social scene. Promptly he decided to leave Birmingham and settled down in Los Angeles, California when he was 17.

Tariq Nasheed then started the journey by himself traveling the world and exploring different kinds of cultures and customs on the way people interacted in relationships. He is mostly known for dating techniques called ‘G.I.C.2’, which actually represents the Game, Intelligence and Common Sense, Squared. The learned the technique from the older hustlers he encountered on the streets of Los Angeles, California.

In 1999, Nasheed wrote a book based on his dating techniques called The Art of Mackin too. The book was turned out to be a New York Times bestseller selling over 250,000 copies all over the world. He subsequently released many other popular books which include The Mack Within, The Art of Gold Digging, and The Elite Way: 10 Rules Men Must Know In Order To Deal With Women.

Moreover, Nasheed is also a successful producer. In the fall of 2017, he produced a doc u mentary about the history of Haiti called 1804: The Hidden History of Haiti. In 2011, he also produced the 2011 doc u mentary movie Hidden Colors. And in 2013, he released thriller movie Dark Medicine which he wrote and directed likewise.

Tariq Nasheed is one of the elite writers who has published numerous popular books. As per estimation made by some online sources, his net worth is believed to be more than $2 million.

Nasheed's book The Art of Mackin is priced $15.95 for Paperback and $10.98 for Ma s s Market Paperback on Amazon.  His another book The Art of Gold Digging published on 16 December 2008 is priced $9.99 at Kindle and $14.95 at Paperback. He also has a YouTube Channel called Tariq Radio which has over 62K subscribers, as of September 2018.

Tariq Nasheed is a married man. He exchanged the vows in 2014 with the Instagram star Peanut Nasheed, after dating for few years. The couple welcomed their first child, a daughter named Taria Nasheed in 1999. The two are also the proud parents of their son,  Asir Nasheed, born on February 15, 2015.

According to the close source, Tariq and his wife Peanut are living a wonderful life together and is very much in love.