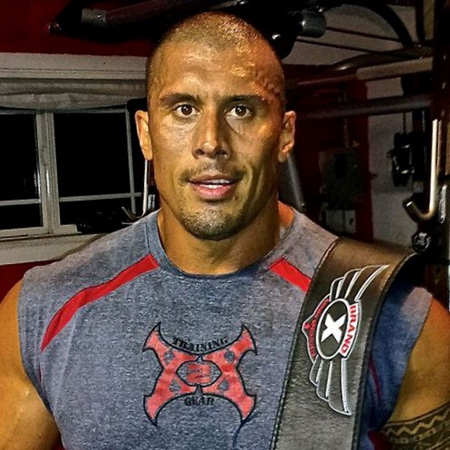 Tanoai Reed is a Hollywood stuntman, known for his variety of works in film, television, as well as music videos. He can be seen in the movies San Andreas, Furious 7, & Iron Man 2.

Tanoai Reed was born on 10th February 1974, in Honolulu, HI United States of America. He belongs to white ethnicity/race and holds an American nationality.

Reed is the cousin of stunt and acting legend, Dwayne Johnson. He is of Samoan and Norwegian, Swedish, Irish descent.

Tanoai Reed and his cousin, Dwayne Johnson had an interest in acting since an early age. He has given a variety of stunt works as a body double for Dwayne because of their similar appearance. He then continued to do more work for a variety of films.

Reed appears in the Black Eyed Peas music video for the song Pump It where he plays a villain who fights Fergie.

Reed also appears in the 2008 relaunch of American Gladiators as the gladiator Toa. In the first episode of Gladiators, he delivered an abbreviated version of Ka Mate.

In the year 2009, he appeared in an American science fiction television series, Dollhouse along with
Eliza Dushku, Harry Lennix, Fran Kranz and others. The same year, he portrayed as Taggart in a 2009 American action horror film, Against The Dark.

Tanoai Reed is living happy married life with his beautiful wife, Suzanne Reed who is an American special effect artist. He has three sons, one with his wife, Suzanne and the rest are his godson.

The famous Hollywood stuntman, Tanoai Reed is living a luxurious life. His net worth is reported to be in millions of dollars. However, his exact net worth and salary has not disclosed yet.