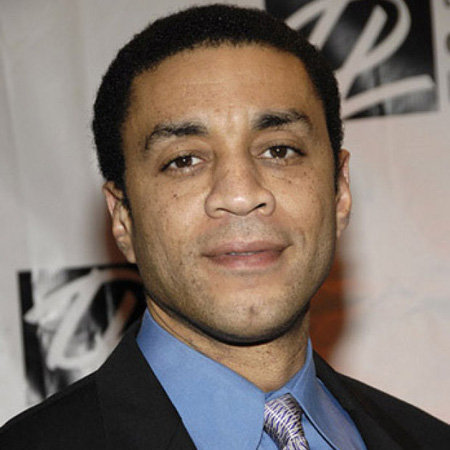 Harry Lennix is an American actor best known for his portrayal of Terrence "Dresser" Williams in the Robert Townsend movie, The Five Heartbeats. He is also known for his role as Boyd Langton in the Joss Whedon television series Dollhouse and currently co-stars as Harold Cooper, Assistant Director of the FBI Counterterrorism Division, on the NBC drama The Blacklist.

Harry Lennix was born as Harry Joseph Lennix III and is an American actor who was born on the 16th of November, 1964. Born and raised in a Christian family, he follows the same religion. Harry is an American by a citizen and belongs to black ethnicity.

He was born in Illinois, Chicago as the youngest of four children born to mother Lillian, a laundry person and his father Harry Lennix, Jr. who worked as a mechanic.

As a child, he studied at the Quigley Preparatory Seminary South School and graduated in 1982. Upon his graduation, he continued his further studies at the North Western University. He completed his 3-year course and majored in Acting/ Directing.

During his college year, he was also the coordinator of the African-American student organization. He also practiced music and is a very good singer and also plays different instruments. A lecturer at Chicago Public School, he also used to teach music and civics at times.

With his official acting career starting in TV after he did a couple of shows presented by the Showtime Networks TV like Keep the Faith, Baby (2002) and others. In 1999, he was seen as a congressman in the movie Titus, which was based on William Shakespeare’s Titus Andronicus.

Then he signed a contract with ABC and appeared in their TV series Commander in Chief. He also played the role of a FBI officer Harold Cooper in NBC’s The Blacklist (2013).

His other famous roles have come in Diagnosis: Murder as well as he did voice acting in the animated series of Legion of Super Heroes. In the series named 24, he played the role of a Muslim activist which was in its 6th season.

His role of a paralyzed musician in House M.D. and as Dr. Greg Fischer in ER has also gained much popularity. He was also seen in a small role in Ally McBeal and famously portrayed the role of President Barack Obama in a comedy series named Little Britain USA. Before that, he was seen as Boyd Langton in the TV series Dollhouse.

Harry Lennix's Net Worth And Salary

Harry Lennix's net worth is $4 million at present. He has earned a decent amount of salary from his career.

He has appeared in many successful films such as The Matrix, The Five Heartbeats, Stomp the Yard, Get on the Bus, Love & Basketball, State of Play, and Barbershop 2: Back in Business and also acted in TV's Dollhouse, 24, and Commander in Chief.

He also had recurring roles on shows ER and Diagnosis Murder, and most recently The Blacklist. He has received a nomination for a 2004 Screen Actors Guild Award for Outstanding Performance by a Cast in a Motion Picture.

With his wide range of roles, he has earned a wide fame and fan following from across the world. He has got many fans that follow him on his Twitter and Instagram account. Not much is disclosed about his personal life, and there is no information about his affairs and girlfriends.

However, he has been married since 2009 and is still in a strong and happy relationship with his wife Djena Nichole Graves. In order to know more about him, you can read his biography in sites like Wikipedia or IMDB.