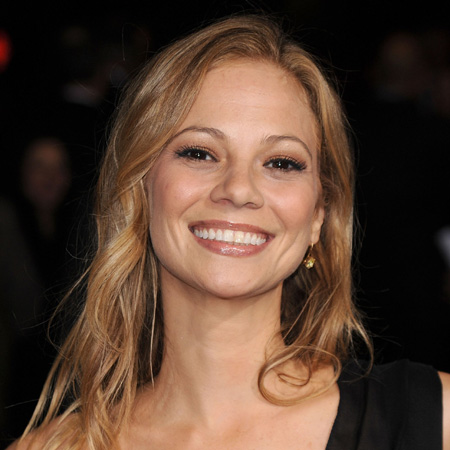 Tamara Braun is an American actress who came into limelight with the role of Carley Corinthos in the American drama entitled General Hospital. She acted on several other series including Days of Our Lives and Little Chenier, which helped her earn Phonix Film Festival awards, Daytime Emmy Awards, and Soapy Television Awards.

The talented actress was born on 18th April 1971 in Illinois, U.S. She holds White American ethnicity and belongs to American nationality.

Braun joined Evanston Township High School and completed her study in psychology from the University of Wisconsin-Madison. Then she joined Royal Academy of Dramatic Art in England. From her childhood, she was passionate in acting and then pursued her further career in the field of acting.

Further, she was seen in the crime drama movie named Fallen Arches which was directed by the Ron Cosenthio. She shared the screen along with Karen Black, Peter Onorati, Louis Ferreira and Richard Portnow. She grabbed the viewers attention with her role in the American daytime medical drama entitled General Hospital.

She appeared in numerous series but came into the limelight just after being involved in the General Hospital. Her performances helped her earn Daytime Emmy Awards and 2 M.Y.S.O. Award.

In the year 2008, she further appeared in Days of Our Lives which was created by Betty Corday and Ted Corday. Her performance in the Days of Our Lives helped her earn Daytime Emmy Award and was nominated for Soapy Television Awards.

In 2015, she returned to her role of Ava Vitali as a part of the 50th Anniversary commemoration of Days of Our Lives.

Apart from acting in TV shows, she has also appeared in several films including Little Chenier, which was written by the Bethany Aston and Jace Johnson and directed by the Aston.

The movie includes  Clifton Collins Jr, Jonathon Schaech, Chris Milkey and Fredrick Koehler. The movie was premiered at the Austin Film Festival in 2006 and was released just in 2008.

Tamara Braun is pretty uptight in sharing her personal details to the outer world. She is a private loving person and keeps her personal life away from medias and public.

Braun posted a picture with Steve Hawthrone which created rumors about him claiming him as her boyfriend by the viewers. However, the information has not been approved yet. So, she is single and is still unmarried.

As Tamara has appeared in numerous series and films, she earns a handsome sum of money. Her net worth is reported to be around $2 millions.