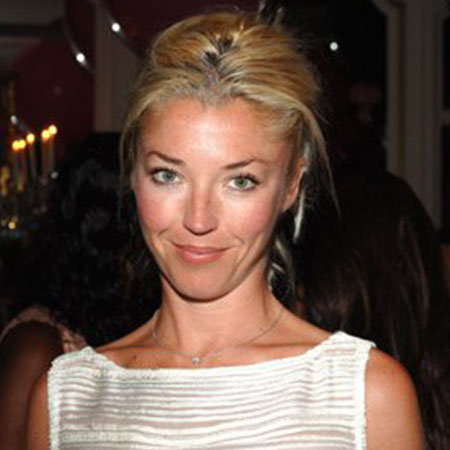 Blonde and beautiful Tamara Beckwith is an English television celebrity and a gallerist. She is one of the dealers on Channel 4’s series ‘Four Rooms’. She is also an owner of a photography gallery named “The Little Black Gallery’.She appears occasionally on the television screen. Tamara is known for her beauty and model-like appearance.

Born on April 17, 1970, in England, Tamara Beckwith is the daughter of a property developer Peter Beckwith. She grew up cozily in southwest London being in the arms of loving family.

Tamara Beckwith attended the local state primary school in Kew, southwest London, called Queens School. She attended Cheltenham Ladies College and attended sixth form college MPW in London. She could not graduate from the college for she was conceived with her first daughter and left the college to have her.

Tamara Beckwith can be seen as a guest and as a cast on many television shows including Celebrities under Pressure, The Big Breakfast, I’m Famous and Frightened, Dancing on Ice and much more. She served as a presenter for channels MTV and VH1. She was also a reporter for This Morning and Watchdog.

Tamara Beckwith loves to participate in reality series. She was a participant in a celebrity edition of Channel 4’s Come Dine with Me where she finished third. She is currently a participant in the Series 3 of The Jump.

As for Tamara’s current involvement,  Tamara Beckwith is involved in Channel Four series Four Rooms as one of the dealers. She designs a range of Diamonique jewels for QVC UK. She owns a photography gallery in Chelsea, named, The Little Black Gallery since 2008. Besides, she is a contributing editor for an online gift website, Gift-Library.com and Hello Magazine.

Having been involved in several projects, Tamara Beckwith earns a very handsome salary. Though her exact salary is not mentioned anywhere, it is for sure that her salary is not less than with five zero figures boosting her net worth to millions. Her net worth in 2013 was reported to be $ 2 million which now has reached $ 3 million.

Tamara Beckwith is married to her boyfriend whom she dated for 12 years, a construction king, Giorgio Veroni. The couple got married on August 27, 2007. She has two children with her husband, a daughter named Angelina Rose Veroni born on 2009 and a son named Vero Veroni born on 2014. Her daughter was born when Tamara was 38 years old and gave birth to a son at the age of 44. She is spending a euphoric married life with her husband.

Prior to getting married with Giorgio Veroni,  Tamara Beckwith was briefly engaged to Sharon Stone’s brother named Michael.  While at college, she had an affair with William Gerhauser with whom she has a daughter as well. Their daughter was born on 1987 in Westminster, London. Her name is Anouska Poppy Pearl Gerhauser. She is a photographer based in Paris. 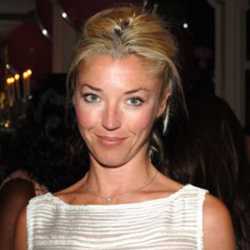