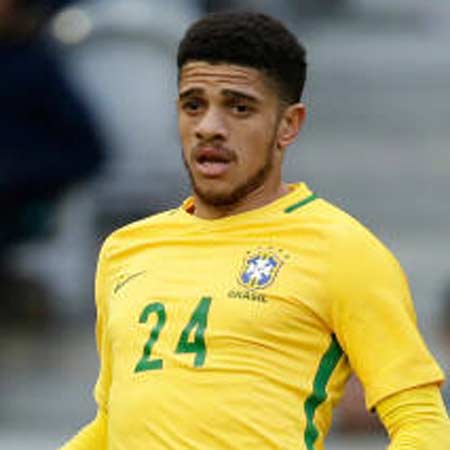 Taison is a Brazilian professional footballer who plays for the Ukrainian Premier League club Shakhtar Donetsk and Brazil national team as an attacking midfielder and winger. He is listed to play for the 2018 World Cup in Russia. He made his senior appearance for Brazil national football team in 2016 and netted his first international goal the following year playing against Australia.

Taison was born on January 13, 1988, in Pelotas, Brazil to Admir Oliveira Freda and Rosangela Barcellos Freda under the birth sign Capricorn. Taison belongs to Brazilian nationality and regarding his ethnicity, he is from a mixed ethnical background.

Taison started his career at the age of 16 with Brazilian club Internacional. For his solid performance at the club, he quickly rose to fame and established himself as one of the top rising stars in the football world after scoring 15 goals in Campeonato Gaucho.

After playing for three-year for Internacional, Taison made his move to Ukrainian club Metalist Kharkiv signing a contract for the approximate fee of  $8,107,470. In total, he scored 13 goals in 57 games for the club.

On first January 2013, he made an agreement for a fee around $16,752,908.40 with Shakhtar Donetsk and played the first game for the club in a 2-2 draw match against Borussia Dortmund in the Champions League. 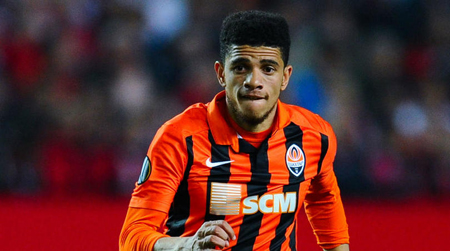 Taison's association with the club has garnered him a lot of praise. He became the Man of the Match after he scored a goal for the club in a 3-3 draw with Metalurh Zaporizhya on 19 May 2013. He was called up for the Brazil national football team by newly appointed manager Tite on 22 August 2016 and registered his first international goal in a 4-0 win match against Australia on 13 June 2017.

Taison is in a relationship with Gabriela Matias since 2013. His girlfriend Matias works as a professional model at Ubermodel Agency. The couple started dating since February 2013.

They both are very active on social media where they often post beautiful photos of them self. Taison has a daughter named Maria Eduarda but the name of her mother is not revealed to the media.