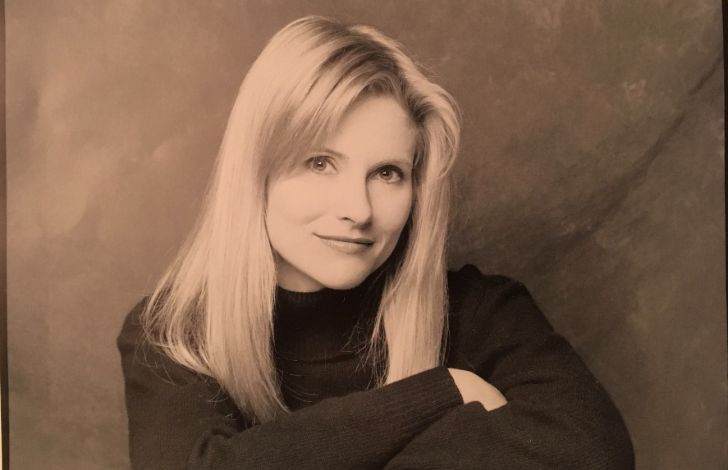 Suzanne Snyder, an American retired actress is best known for her role as Debbie Stone in Killer Klowns from Outer Space (1988). With her TV debut from an episode of CHiPs in 1983, she worked professionally for more than 2 decades until 2010 and recorded 37 acting credits. Throughout her career journey, Snyder made notable movie appearances in Weird Science (1985), Night of the Creeps (1986), and Fools Rush In (1997). After retirement, the mother of 7 currently teaches health and wellness, yoga, and meditation.

What Is Suzanne Snyder Age And Height?

Born on October 22, 1962, in Park Ridge, Illinois, the USA, Snyder is 58 years old in November 2020. An American by nationality, Snyder hails from a white ethnic background.

The 5 feet 5 inches (165 cm) tall actress grew up in Illinois, Glenview and after 7 years, along with her family, move to Seattle, Washington. However, the detail on her parents or siblings is yet to be out.

Before landing into acting, Suzanne, in her early days, worked as a model. Reportedly, her busy modeling a s signments were even an interruption to her plans for pre-med studies. Also, at the same time, her interest in acting rose up.

And, in 1983, Snyder made her TV debut through guest appearances in the series CHiPs. The same year, she earned her film debut in Cla s s along with minor TV roles in T.J. Hooker and Gimme a Break. 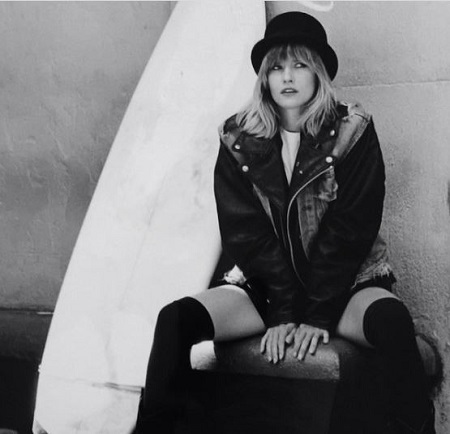 Having worked in the films The Oasis (1984), Weird Science (1985) starring Anthony Michael Hall, Night of the Creeps (1986), and Retribution (1987), the American actress got her career breakthrough as Debbit Stone in the 1988 movie Killer Klowns from Outer Space.

Snyder was among the major cast in the film alongside Grant Cramer and Royal Dano.

In addition to that, in 1988, she starred in other 3 movies: Return of the Living Dead Part II, Head of the Cla s s, and The Night Before. After that, it followed TV film appearances in Guts and Glory: The Rise and Fall of Oliver North (1989) and The Preppie Murder (1989).

Brief Comeback From Hiatus Before Retirement

In 1997, she was cast as Cathy Stewart in the comedy film Fools Rush In starring Matthew Perry, Salma Hayek, and Jon Tenney. Later, the actress portrayed Heather Jones in the 1999 film Malevolence and went on acting hiatus.

After a decade-long absence, Suzanne Snyder made a minor appearance in the 2010 comedy-drama Dancing on a Dry Salt Lake and retired from acting thereafter.

What Is Suzanne Snyder Currently Doing?

As reported, Sunder currently works as a yoga teacher to corporations as well as private clients. Having received certifications from Prenatal Vinyasa Yoga, Connected Warriors, and RISE Teen Yoga, the master in hypnotherapy is also a health and wellness coach of the Institute of Integrative Nutrition.

In May 2021, Suzanne Snyder has a net worth of $700,000. Without a doubt, she collected a considerable sum through her career as an actress, totaling 37 acting credits by her retirement in 2010.

Furthermore, now working as a yoga teacher, Snyder adds up a hefty sum to her fortune. On average, the hourly salary of a yoga teacher in the United States is $29.66 that counts ma s sive tens of thousand dollars per year.

The American actress famous for Killer Klowns from Outer Space is a married woman; her husband's name is George Geoffrey Montgomery Jr. The IMDB reports that Suzanne and her husband George are still in a marital relationship, however, details on their wedding date or courtship is still under the curtains. 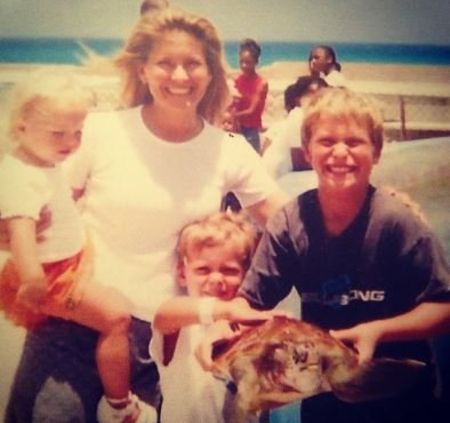 According to Snyder's website, she is the mother of 7 children and lives in California. Four of the children's names are Geoff, Alex, George, and Grace, while further information on her other children is not out.