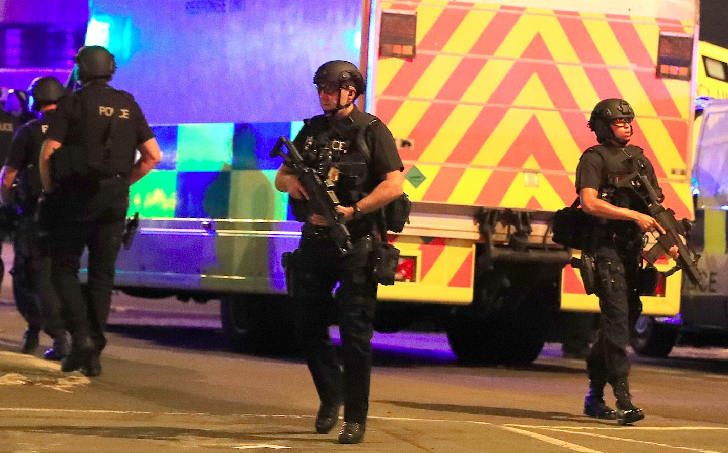 Sometime before 1: am BST Police in Manchester responded to unconfirmed reports online of an explosion in the arena, it is now known that there was an explosion during an Ariana Grande Concert.

Nineteen people are known to have been killed and 59 injured so far following what is now being treated as a terrorist attack. It is by far the deadliest attack on British land after the 7/7 bombings.

Many children and teenagers are feared to be dead and injured. Given that the pop star’s fan demographic is very young, hoards of grieved and scared parents were waiting through the night for the news of their children.

Footages show thousands of people fleeing the arena. It isn’t exactly known the number of people in attendance at the concert, however, everyone who came out and spoke about the incident that they heard a loud bang.

It isn’t confirmed, however, as per Reuters US intelligence suspects it to the work of a suicide bomber. Casualties are being treated in hospitals throughout the city. Medical staffs have reportedly described the injuries as ‘’shrapnel-like injuries’’.

One concert goer, Josh Elliot, talked to BBC, he said

"She finished her last song  ... and we heard like a really big bang, and all I can remember is just everyone ... was just running out... people were covered in blood, some people were having a fight, it was quite scary."

Many other celebrities are also taking to Twitter to pray for the families of the victim and everyone affected: Stay with us for more updates!