Susannah Harker is a famous English actor who has worked in numerous movies, television, and theatres. She portrayed the role of Mattie Storin in House of Cards. The 55 years old actor was born to Polly Adams and Richard Owens who is both involved in an entertainment career.

How Old Is Susannah? Her Parents And Sister

Susannah was born on 26th April 1965, in London, England. As of 2020, her age is 55. Her nationality is English whereas her ethnicity is Caucasian-white.

Susannah was born to father Richard Owen, an actor, and Polly Adams, an actress. Her younger sister is Caroline who is also an actress. The name of her another sister is Nelly. She studied at the Central School of Speech and Drama.

Who Is Susannah Married To?

Well, everyone might know that the star kid was once a married woman. She was married to Iain Glen who is known for appearing in Game of Thrones. As per sources, they got married in 1993. The following year, they welcomed son Finlay. 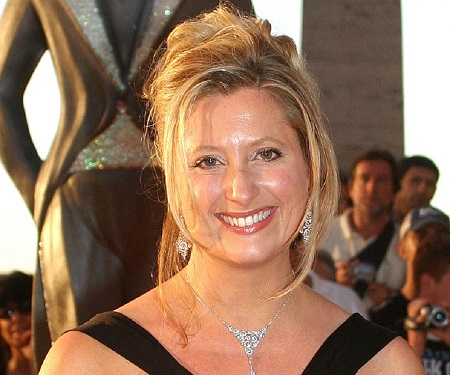 Even though the pair was married for eleven years, they could not hold their relationship longer. The couple divorced in 2004.

After divorcing Iain, it was reported that Susannah was in a relationship with Paul McGann. Her former partner Paul is a English actor known for appearing in the television series The Monocled Mutineer, Withnail and I, among others. They dated for only two years and separated in 2008.

After breaking up with Paul, Susannah started living a low-key profile. It is not revealed if the actress has already found her partner or still single. On the other side, her former husband Iain is now married to Charlotte Emmerson.

Susannah started her acting career in 1985 appearing as Bessie Wills in the movie Burke & Wills. In 1987, she appeared in White Mischief and The Lady’s Not for Burning.

Since then, Susannah has starred in many movies like A Dry White Season, Surviving Pica s so, Offending Angels, The Crucifer of Blood, Intimacy, The Calling, Trance, Intimacy, among others.

Susannah made television debut in 1988 portraying Linda in the television series, The Fear. In the same year, she appeared as Angela Spencer in the series Troubles. To date, she has appeared in series like Chancer, Adam Bede, House of Cards, Pride and Prejudice, Faith, The Adventures of Sherlock Holmes, Grantchester, New Tricks, Young James Herriot, Midsomer Murders, Perfect Parents, Murder in Mind, Waking the Dead, Heat of the Sun, Ultraviolet, Moving On, and many others.

On the other side, her mother, Pauline Adams is an English actress famous for appearing in the television series Just William. She has worked in movies and television series like Clinic Exclusive, Private Lives, Kisna: The Warrior Poet, Dixon of Dock Green, Kingdom, The Cinder Path, Sob Sisters, Executive Stress, The Camomile Lawn, Element of Doubt, Bedroom Farce, The Murder at the Vicarage, and many others.

How Much Is Susannah Harker’s Net Worth?

Susannah earns a decent figure of money from her acting career. As of 2020, her net worth is reported to be around $1 million. Her annual salary is around $50 thousand. Her ex-husband has a net worth of $3 million.