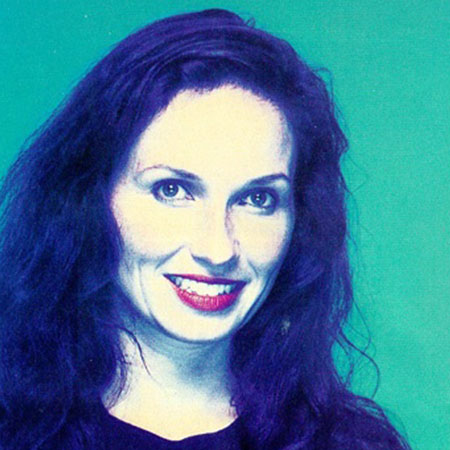 Susan Silver is an American music manager who is best known for managing iconic Grunge bands such as Soundgarden, Alice in Chains and Screaming Trees. She is equally popular for her failed marriage with music legend, the late Chris Cornell. Her main career revolved around the Seattle grunge and rock music scenes. She is also famous for her legal battles with the late singer for his property.

Susan Silver was born Susan Jean Silver on July 17, 1958, in Seattle, Washington in the USA. She was born under the star sign Cancer which describes her as intuitive and emotional. She has not given any information about her parents, however, it is known that she grew up with 3 other siblings. She is the first child of her parents. She belongs to White ethnicity and is an American by her nationality.

Susan Silver began her career working as a music manager in 1983 with clients like the bands The U-Men and First Thought. On a fateful day in 1985, Silver met one of the big 4 of Grunge's band, Soundgarden and its lead singer, Chris Cornell later turned her boyfriend. Later, she started managing the band along for other bands such as Screaming Trees.

During her career as a manager, she also managed a John Fluevog store in Seattle. The store would gain fame later for selling boots worn by artists managed by her. Her star-studded client list also adds Alice in Chains after Kelly Curtis resigned as their manager.

Susan Silver is one of the most successful band managers of all time who has undoubtedly earned a handsome amount of money from her career. But the exact figurative net worth of Susan Silver is still under review. On the other side, her ex-husband, the legendary singer Chris Cornell had a huge net worth of $60 million.

Cornell was listed at 40th position in the list of richest musicians while he was alive, however, music was more than a means to earn money for the late singer. Many of his albums were certified platinum multiple times and his albums and music hit the Billboard top 100 ranks multiple times.

Silver was divorced from Cornell way before his death, and she had also filed a case requesting for the spousal support which was declined by the court. Moreover, the court ordered her to return her ex-husband's guitar collection.

Susan Silver is currently single and is not involved in any kind of romantic relationship. She is famously known for her relationship with singing legend Chris Cornell whom she met in 1985. The ex-lovebirds started dating shortly after their meeting.

Their relationship became the matter of talk for the gossipmongers at that time when Cornell rose to the acme of popularity as the lead vocalist for Soundgarden. After 5 years of dating, they got married in 1990. Cornell wrote a song Moonchild for his then-wife Silver which he later featured in his debut album Euphoria Morning. The couple spent 14 beautiful years of married life and welcomed a daughter Lillian Jean, born in June 2000, before getting divorced.

Some years after they gave birth to their first child, their marital relationship turn cold which later ended up in divorce. Susan filed for divorce from her then-husband in 2004 and then they entered into a 4-year legal battle. Cornell won the battle which retrieved him all of his 15 guitars. Cornell also accused Susan of stealing his Grammys during the court hearing.

Despite their bitter divorce, the former couple had kept their relationship friendly for sake fo their kids. But, unfortunately, her ex-husband Chris Cornell shocked the world committing suicide on May 17, 2017. He was suffering from depression for a long time before he lost the battle. Days after his suicide, another great musician from the famous band Linkin Park, Chester Bennington also took his life on July 20, 2017, exactly on Cornell's 53rd birthday.