Supermodel Marisa Miller is happy as a mother, with her babies. Find out about her married life. 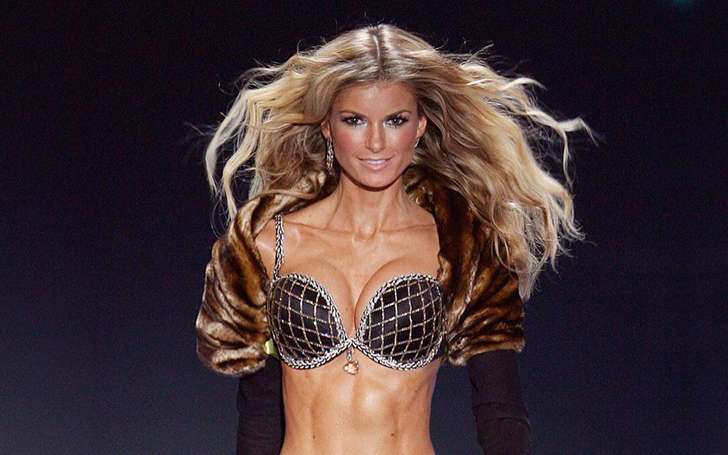 Marisa Miller, an American model and actress, is best known for her appearances in the 'Sports Illustrated Swimsuit Issue' and her work for Victoria's Secret. She is one of the hottest models of the industry. She has millions of well-wishers from all over the world and they want to know more about her personal life. If you are one of them, you will find all details of her personal life here.

Marisa is married to Griffin Guess, an American music producer. They wedded on 15 April 2006. It is her second marriage after her first marriage was a fail. Her current marriage life is going well and there is no account of their divorce. Marisa is also a loving mother of her baby boys, she and Griffin have two children together.

Their first child was born on December 14, 2012, and a second was born on May 29, 2015. She was very happy while welcoming the second baby and said to the people.

My son Grayson is healthy and such a sweet baby. I feel so blessed and excited to see both my boys grow up together, I received full support from my husband during pregnancy.

Maris is a beautiful celebrity in the American media industry. She has an interesting story about her love life like other celebrity. According to the whosdatedwho, she first dated her to-be-husband Jim Miller from 1998 to 200 and married him. Their relation was going well. However, they separated in 2002.

After getting divorced with Jim, she started to date Dale Earnhardt Jr. They dated till one year and split up. Then after, she became single again, might be dated with others but we could not find information about it. In 2005, she met her future husband Griffin Guess and started to date him. After one year of dating, she married him on April 15, 2006. Apart from this, in past, once her name was associated with Derrick Rose.

In the beginning of her modeling career, she worked as an amateur magazine model. Afterwards, a fashion photographer Mario Testino approached her for high profile photo shoot. Testino snapped her photos and send to the editor of magazine 'Vogue'. After six months, she started to working for Victoria Secret. She began to featured for 'Sports Illustrated Swimsuit Issue'. In which, she has appeared in every issue from 2002 to 2008.

Marisa has featured in many international magazines such as GQ, Maxim, Glamour, Cosmopolitan and so on. In 2007, she made debut her TV career from the fashion show 'Victoria's Secret Fashion Show'. She has appeared in several shows till now. Also, she has starred in a film 'R.I.P.D'. She is one, who manage her personal and professional life smoothly.