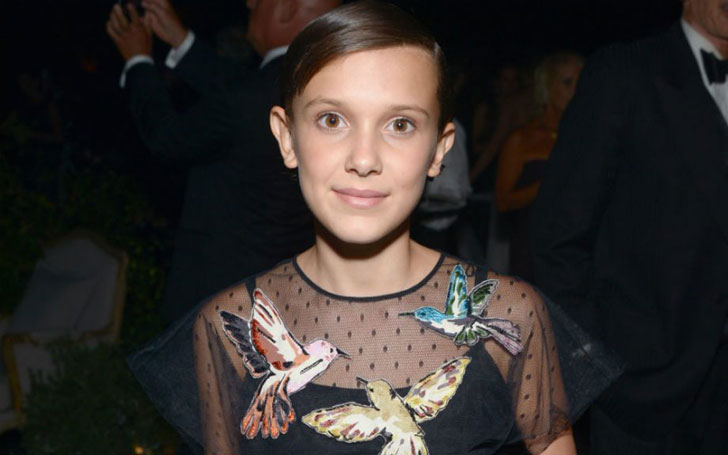 Fans of the two have been speculating about their relationship for months so, are they actually an item or is it just another fan's theory?

Millie and Jacob have been teasing all of us with their alleged romance for months, and every single fan has the same question in their mind:

"Are Millie Bobby Brown and Jacob Sartorius Dating Or Are They Just Trolling Us?"

The Stranger Things starlet via Instagram shared an image with Jacob that made everyone think twice about their relationship.

The black and white snapshot which is dated 31st December 2017 is decorated with red roses. The gorgeous diva is leaning on Jacob's shoulder with a broad smile on her face.

Initially, the dating rumors got air when both of them started liking each other's images on social media. She posted a photo with him on her Instagram last October, and since then they have exchanged several flirty comments.

Her fans were so quick to spot that Brown liked one of Sartorius' tweets on 8th January that said: "just another day with you on my mind."

Millie Bobby posing with the teddy gifted by Jacob

Later, Bobby shared an Instagram image cuddling with a teddy bear gifted by Sartorius. The image captioned "Thanks for the bear" with a red heart emoji. He responded: "[Of] course" with a similar heart emoji.

Sources say that the two celebrated New Year's Eve together with her family at Walt Disney World in Orlando, Florida. The Chapstick singer and Brown have already been on vacations together.

Well, all the evidence directs us that the teens are dating; still, the young celebs have yet to reveal their relationship in public.

It is not the first time Brown has been linked with someone. She was also rumored to be dating her Stranger things co-star, Finn Wolfhard.

Brown plays Eleven in the popular Netflix science fiction drama series Stranger Things since 2016. She has received wide acclamation from her amazing acting.

She has won the Screen Actors Guild Award and the 43rd Saturn Award for Best Performance by a Younger Actor in a Television Series.

Millie at the Netflix party posing with rapper Drake

The third season of Stranger Things will probably release in late 2018 or early-2019, and she is also all set to make her feature film debut in the Godzilla sequel, Godzilla: King of the Monsters in 2019.