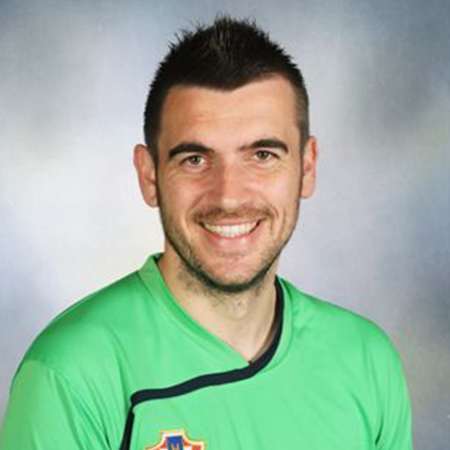 A 35-year-old guy, Stipe Pletikosa, is the name of one of the world's best Goalkeepers ranking 74th. He is the No.1 Croatian national team Goalkeeper famous for the Goalkeeper punches and long throws for the past decade. Stipe Pletikosa was born on 1979 January 8 in Split, Croatia. This right foot goalkeeper cherishes the height of 1.93 m (6 ft 4 in) and 83 kg (181 lbs) of weight. Angela Pletikosa is the spouse of Stipe Pletokosa. This tall, handsome and talented player is tied his vow with Angela Pletikosa in 2003. The couple is the proud parents of an adorable children/child, son, named Franko Pletikosa. According to the data provided in 2011, this player has the salary of 650,000 USD and has the market value of 1,800,000 Euros.

Stipe Pletikosa began his career from a Croatian Club called Hajduk Split as a Goalkeeper in the year 1998/1999 by then manager Ivan Katalinic. Due to his excellent skills, reflexes, and coordination, he gained the nickname of "Octopus"(Hobotica) from the Hajduk Fans.

He was named Vecernji list (meaning evening paper, is the Croatian national daily newspaper published in Zagreb, capital of Croatia), Croatian Player of the year, after Zoran Simovic, who was the only goalkeeper in the nation to be awarded this title, in 2002. Stipe Pletikosa debuted in the international arena in the year 1999 playing against Denmark at the age of 20. He was applauded for his great skills of reflexes and shot stopping.

Beside his plus points, he had some weaknesses which led Croatia to finish up last in their group in 2000 European under 21- the championship. The young lad then was insecure and nervous in the handling of the high balls which conceded some soft goals. Growing with the age and experience, Stipe Pletikosa took every chance he got as the learning scenario. He worked hard on improving his weaknesses in the game under the supervision of former Croatian Coach Mirko Jozic.

He boosted his skills, cat like reflexes and improved his weaknesses through making every use of his height and body frame, thus, making him the country’s first choice goalkeeper, playing all three matches in 2002 FIFA World Cup. During the season of UEFA Euro 2004, he had a ruptured thigh muscle so was replaced by Tomislav Butina. But in UEFA Euro 2008, he was entitled with Man of the Match against Croatia’s victory over Austria.

He had impressed many of the players and audiences in UEFA Euro 2008, showing his beautiful talents and skills of saving every goal shots. In his career, Stipe Pletikosa has played over 109 matches. He has played from different clubs like Shakhtar Donetsk, Spartak Moscow, Tottenham Hotspur (loan), Hajduk Split.

Currently, Stipe Pletikosa is the captain for FC Rostov (Russia) since 2011 August 01 and the contract will end on 2015 June 30. His current agent is Marko Naletik. His recent international game for Croatia was on 2013 November 19 against Iceland. His next game is on Thursday 12 June against Brazil in FIFA World Cup.