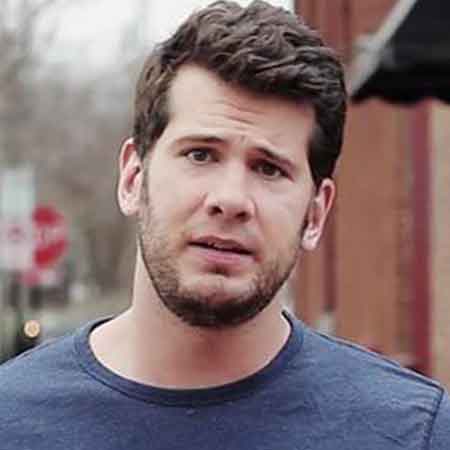 From a voice-over artist, Steven Crowder successfully managed to wear several hats of a comedian, actor, political commentator, radio personality, and YouTuber. Despite the obstacles in his life, the multidisciplinary artist never gave up rather he stood strong in the unfavorable situations of life and fought the best of him. The radio personality was fired from the Fox News channel but he didn't lose hope. Crowder's hard work and determinations are the reason for his growth and success.

Steven Crowder was born Steven Blake Crowder on 7 July 1987 in Grosse Pointe, Michigan. He was raised in Greenfield Park, Quebec. He is a son of Francine Crowder and Darrin S. Crowder. His nickname is Louder With Crowder.

In his early age, he worked as a voice artist for the Canadian/American children's television series Arthur. In the series, he gave his voice for the character Alan 'The Brain' Powers.

Steven Crowder is a man of many talents. He began his career at his young age. At the age of 15, Crowder began performing stand-up comedy. Then in June 2006, Crowder joined YouTube channel and began posting opinion and news videos. From 2009, he started making satirical videos on politically conservative media.

Afterward, the YouTuber appeared in several movies including a Christian drama film To Save a Life (2009). In the drama, he played the role of Doug Moore. Following his few television roles, he became engaged to the Fox News channel in 2009.

The radio personality worked with the Fox Channel until 2013 because he was fired from the channel following his negative statement about the senior host of Fox News, Sean Hannity during an interview. Then in 2017, he came up with his podcast Louder with Crowder which became a huge success and as of September 2018, the podcast is running successfully on the Conservative Reviews news media company.

Besides YouTube, comedy, and commentating, Crowder is also interested in mixed martial arts and also participates in martial arts competitions. Similarly, the media personality is involved in several social issues. Recently, he worked to establish 'Change My Mind' meme. In the project, he seated with a sign which read 'Male Privilege is a myth / Change My Mind'. In that project, Crowder asked many students to change his mind regarding the subject. With the creative and inspirational ideas, the meme was even named one of the Best Memes of 2018.

Steven is working hard for the betterment of his career. So far, he is doing an incredible job as a comedian, political commentator, radio personality, and YouTube. As of September 2018, Steven's YouTube channel has over 2.6 million subscribers with more than 544.7 million views.

The multi-talented personality Steven Crowder is leading a successful career of over a decade. From his career, he is earning an impressive amount of money. According to the Celebrity Networth, Crowder has a handsome net worth of $3 million.

Steven Crowder is happily married to his wife Hilary Crowder. The couple was engaged in the March of 2012 and they walked down the aisle in August 2012. Since their big day, the two are leading a blissful wedded life with no extramarital affairs.

As of September 2018, the couple doesn't share any child. Looks like the pair prefers to maintain privacy in their love life as they rarely flaunt their love for one another.

Back at my childhood home for the first time in over a decade. Made me very grateful.

Crowder is a dog lover and has a 9-years-old pet dog named Hopper Crowder. The comedian shares plenty of pictures of his dog. Hopper is a great part of the Crowder family.

Besides his blissful personal life, Steven has had tension concerning his profession. Back in 2012, he was dragged into controversy for pushing and knocking a man in the ground during a union protest. But later it came to know that Steven did no such things rather union activists' member's argument is the reason behind the incident.

Here's a video of Steven Crowder.