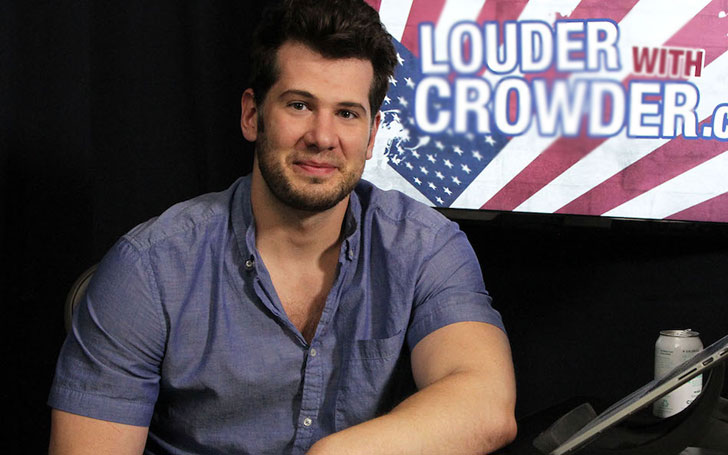 Crowder and Karzon married in 2012 and are almost inseparable since then, We have all the details of the magical couple.

Steven Crowder and Hilary Karzon tied the knot in 2012. The 30-year-old political commentator decided to settle down after dating for some time and popped the question to his then-girlfriend in March of 2012.

After five months of engagement, the pair finally settles down in August 2012. 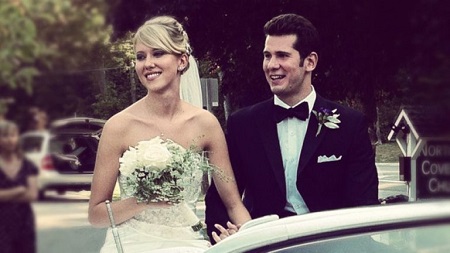 Recalling the memory regarding the big day, Crowder stated that he was waiting for his wedding since childhood. He explained:

"My wedding is something that I’ve looked forward to for quite some time. After having tied the knot at the end of August, I can now say beyond all shadow of a doubt, that it was everything I’d hoped and prayed that it would be since childhood."

Crowder is a loving husband and respects his wife a lot. He once said that he would never badmouth about his wife:

"Firstly, there may be some people out there who actually believe their wife to merely be the “old ball and chain.” To you I say… you are a loser. Not only are you a loser for dishonoring the woman who is now an extension of yourself, but you’re a loser for picking someone who you hate having to come home to every night. What kind of an idiot are you that you’d marry a person you think to be an absolute moron?"

Further, he also shared that he discusses and shares everything with his partner for making better decisions.

Crowder and Karzon have completed six years of blissful married life. Though they don't have any child together, they are raising a dog, Hopper Crowder like their own child.

Crowder is lucky to be blessed with such a beautiful family and we can say the pair shares a strong bond and are living happily.

What Is Steven Crowder UpTo Now? His Career Details

Previously, he worked as a contributor at Fox News but was fired after he gave negative statements about Fox News host Sean Hannity in 2013. 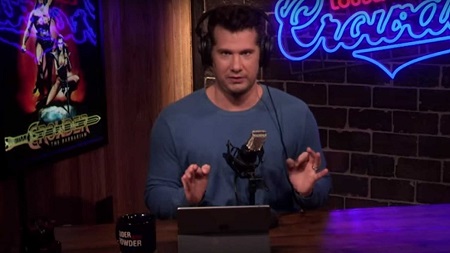 Crowder who started performing as a stand-up comedian at age 15 has also performed as a voice actor in several movies and TV series including Arthur and Arthur's Halloween. Besides, he also appeared in To Save a Life, Greek, Love Written in Blood and much more.