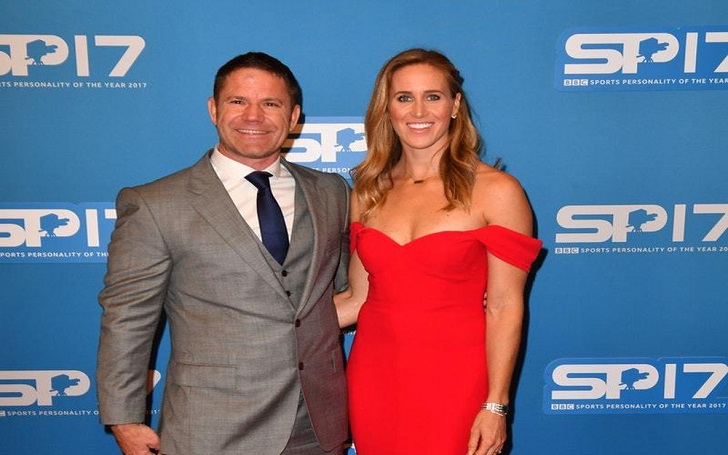 A bundle of joy is on the way for the two times Olympic champion, Helen Glover who is expecting twins with husband, Steve Backshall.

The 31-year-old Olympian is a twin herself. Glover shared the news of her pregnancy via Twitter posting a photo where she is seen stretching her arms with a background of a setting horizon and her baby bump is clearly visible. 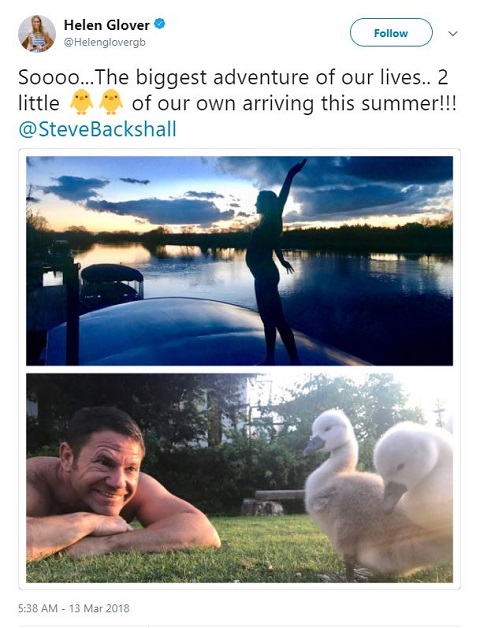 Featuring in another photo shared on the same platform was Glover’s husband, Steve Backshall, who is a tv wildfire expert. The photo featuring Backshall shows him lying in front of two baby ducks that clearly indicates the pair is expecting twins. Glover captioned the post:

Soooo...The biggest adventure of our lives.. 2 little ???? of our own arriving this summer!!! @SteveBackshall

Helen Glover was quoted saying that the new arrivals would be the biggest adventure of the couple’s life. Glover has a due date in july and cannot stop gushing about the arrival of their twins. she was seen excited while she expressed about how long they have been waiting for the day to come. She said:

It will be a big change but such an exciting one. It's something we've wanted together for ages, and we are both really happy - Steve is absolutely beside himself.

The couple tied their knot in September 2016 and revealed that Glover was expecting before Christmas but due to their busy schedule they did not open about the pregnancy earlier.

In March 2017, Backshall informed reporters that the couple was not ready to start a family so soon after their wedding. He further added they were waiting for few months or possibly a year before they decide to further expand a family.