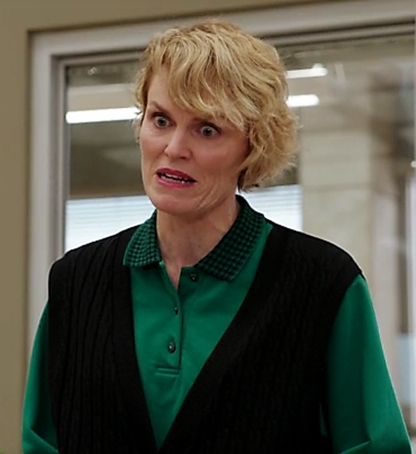 Stephnie Weir is an American actress, comedian, writer, and television personality known for her incredible character on MADtv. MADtv is a sketch comedy show inspired by MAD magazine. Along with this, she is also known for playing short roles on global comedy hits such as Modern Family.

Stephnie Weir was born Stephnie Carmel Weir on the 28th of November 1967 to mother Sharon Weir in Odessa, Texas, United States. She was born under the star sign of Sagittarius represented by the Archer, which describes Weir as an optimistic, enthusiastic, and gallivanter. Stephnie holds an American nationality and as far as her ethnicity is concerned, she is of White American ethnicity.

She completed her education at Odessa College where she studied in theatre and broadcasting. Later, she enrolled at Southern Illinois University at Edwardsville to study anthropology and women's studies.

Weir started her career in television in 1991 by playing a hotel resident in the series Unsolved Mysteries. Four years later, she started playing in a series The Armando Diaz Experience, Theatrical Movement and Hootenanny where she played various characters. She made her film debut in the film industry by acting in a 1998 film On Becoming Blonde.

She earned great popularity after she joined the sketch comedy show MADtv in 2000. She was a regular cast of the show and played a variety of roles. She gained great media attention and earned several fans for her roles in the show. She left the show in 2006. A year before leaving the show, she voiced Nureen in King of the Hill.

Below, we present you a video of Weir and her co-star during a conversation at the red carpet for an event.

After leaving the show, she played a number of minor roles like Mrs. Hoffman in the star-studded Modern Family where she shared the scenes with Sofia Vergara and Ed O'Neill. Likewise, she also appeared on a sketch of the hit show Key & Peele alongside Jordan Peele and Keegan Michael Kay. She later played in a drama series Castle where she worked with Stana Katic.

Weir is a famous comedian, but she has not disclosed her net worth to the public. Similarly, she has also kept her earnings a secret. The average salary of a comedian is $29,502 in the States. Apart from this, she has kept her earnings from her various other projects a secret.

Regarding her property, she has a house in the bustling city of Burbank in California where the average cost of houses can be around $834,000.

Stephnie Weir’s is currently happily married to Robert Da s sie. Weir and her husband Da s sie have been married since 2001. Da s sie is also an actor and a writer, the couple works in the same field and has been married for more than 18 years as of 2019. The couple has kept their personal information private and it is not known whether they have or not given birth to any child within their nearly 2 decades long relationship.

Weir is not active on social media which keep her away from her fans and the media.