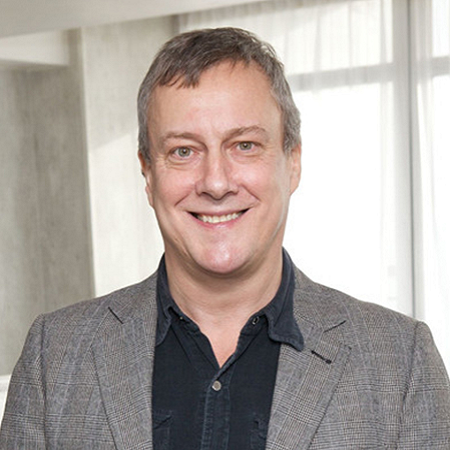 English actor Stephen Tompkinson, who has won the 1994 British Comedy Award for Best TV Comedy Actor, actor, is widely known for his recurring roles in Chancer, Drop the Dead Donkey, Ballykissangel, Grafters, Wild at Heart and DCI Banks. He is enjoying a good life with his wife Elaine Young and daughter Daisy Ellen.

He was raised along with his brother John Tompkinson. He holds British nationality and belongs to white ethnicity.

At the age of 4, he and his family moved to Scarborough, North Riding of Yorkshire and later to Lytham St Annes, Lancashire, where he attended St. Bede's Roman Catholic High School and St. Mary's Sixth Form in Blackpool.

Stephen was interested in acting since his childhood and thus he joined the Central School of Speech and Drama in London along with James Nesbitt and Rufus Sewell.

During his last year at the acting school, he received the 1987 Carleton Hobbs Bursary and a contract with the BBC's Radio Drama Company. He graduated in 1988.

Stephen Tompkinson first performed a two-part radio drama, Say What You Want to Hear, along with Ewan Bailey. The drama was written by Tim Wright and broadcast on BBC Radio 4 in 2010.

In 1988, Stephen appeared in a Channel 4's Treacle alongside Ken Goodwin and Freddie Davies. It received a BAFTA nomination for Best Short Film.

In the following year, he appeared a full-length made-for-TV movie, And a Nightingale Sang.

From 1990 and 1998, Stephen played the role of ambitious but unethical reporter Damien Day in the satirical comedy series, Drop The Dead Donkey for which he received a British Comedy Awards "Best TV Comedy Actor" award in 1994.

In 2010, Stephen appeared as Inspector Alan Banks in the ITV hit series, DCI Banks: Aftermath, which is an adaptation of a crime novel by Peter Robinson.

The crime series drew seven million viewers. on 14 June 2013, ITV network announced that the show has been commissioned for a third six-part series.

His film credits include Brassed Off!, Harrigan, A Dark Reflection, Hotel Splendide, Hector and Oktober.

Stephen Tompkinson is a successful film and television actor and it's certain that the Drop the Dead Donkey star earns a decent amount of money from the Hollywood industry.

The exact figure of his net worth is not available. However, looking at the height of success of the Central School of Speech and Drama graduate, we can assure that Stephen's total fortune should be in millions.

His salary is also under review but an actor in the United Kingdom is between $10 and $100 per hour. He must be earning in the same range.

Stephen Tompkinson is a married man. He has been in a romantic marital relationship with Elaine Young. The couple started an affair in 2007 and after dating for just a few months, they tied the knot in the same year.

Stephen was previously married to Nicci Taylor; the former couple had got married in 2001 and called it quits in December 2006. They later got a divorce.