Stefania Rocca and Carlo Capasa Secretly Married Since 2013! Details About Their Dating History and Children! 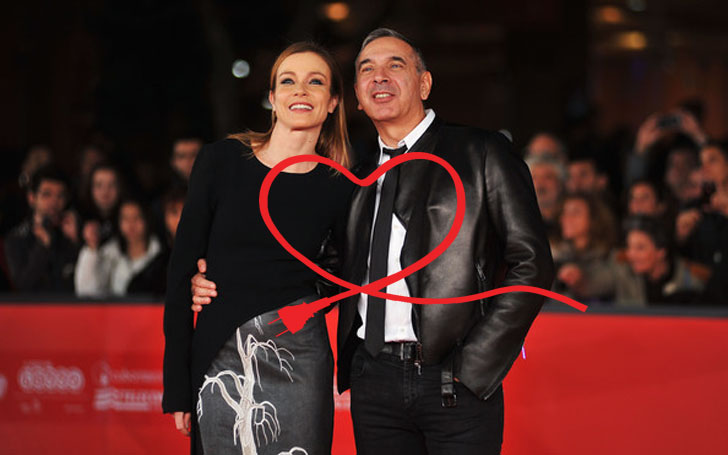 Celebrity weddings are a point of spectacle; everyone looks ahead for lavish celebrity wedding ceremonies. However, Italian actress Stefania Rocca's wedding ceremony was an exception to the usual extravagant weddings.  The actress chose to get married in a small and secret event to Carlo Capasa, avoiding all the prying eyes.

Stefania Rocca who rose to fame with her outstanding performance in Nirvana in 1997 is currently busy on her upcoming projects like Sono Tornado alongside Massimo Popolizio and Guglielmo Favilla, and Wedding in Rome starring  Ann-Kathrin Kramer and Ricky Tognazzi among others.

How did Stefania Rocca and her husband Carlo Capasa meet? How is their married life going on? We have some exciting details!

Italian actress Stefania Rocca and her husband Carlo Capasa are happily married for more than three years by now. Capasa is a member of a non-profit group that promotes the development of Italian fashion. The couple is blessed with two sons. Rocca and Capasa welcomed their first son, Lion in 2007 and second son Zeno in 2010. Upon going through Rocca and Capasa's social media, we came across some adorable pictures. We can see the actress and her husband are quite sociable and they share about their romantic dates and family on Instagram. They also frequently appear in public events and VIP parties.

The couple also appeared together at Fendi's 90th anniversary in July 2016, Rocca shared some moments from the party on her Instagram.

Carlo Capasa took to Instagram to wish his wife on her birthday. On his Instagram post on 21 June, he shared a cute video of his wife.

Stefania Rocca and Carlo Capasa Married in a Secret Ceremony

Italian actress Stefania Rocca and her husband Carlo Capasa are married for three years by now. According to fanpage.it, Rocca and Capasa exchanged vows in an intimate wedding ceremony held in New York. Only three guests; Leo, Zeno, and Rocca’s sister-in-law appeared in the ceremony.

Rocca revealed her marriage to long term boyfriend, Carlo Capasa in April 2017.  All these years, the actress and her husband maintained their relationship under wraps. However, in a statement released in April, she revealed it all:

Yes ... I never revealed it, but that's right. Both of us, in truth, were a bit reluctant to marry, we are both nonconformist and the idea of following some of the almost compulsory stages a bit annoyed us, in fact we put a lot before deciding, the kids were already big. It happened 3 years and a half ago.

I've always been afraid of marriage: my parents are separated and lots of friends, too. Carlo has made me pass this fear ... The fact of being married so intimately has been saved for me: a ceremony with so many people would make me feel anxious. I do not like being the focus of attention, in my life I prefer to camouflage myself.

Guess, you need to keep your relationship secret in Hollywood for it to succeed!