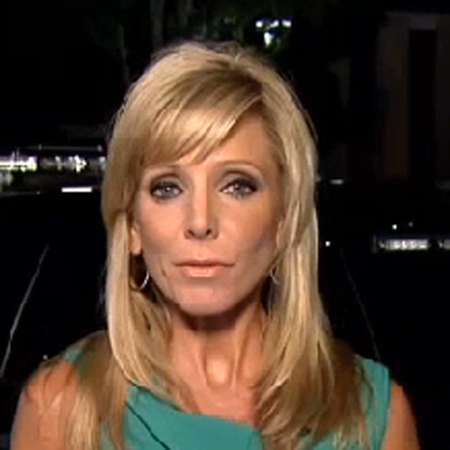 Stacey Butler is an established, Emmy Award-winning journalist, known best for being the reporter and TV personality for the KCBS 9 Los Angeles.

Stacey Butler is a well-known journalist who has won an Emmy Award for her endeavors. She currently works in the KCBS and has been doing so since 2004. She is a beauty of American nationality and her ethnicity is white.

Stacey Butler was born on the 5th of August in the year 1976. She was born in the Bay Area, CA in the United States of America. She is known to have studied at the Loyola Marymount University after which she moved on to establish a career for herself.

Stacey Butler’s career started off after she joined the ABC affiliate, KRCR in Redding, California, just after her graduation. She then moved on to the Salt Lake City where she worked for the NBC affiliate, KSL. She held the position of general assignment reporter there for a span of five years. Her work in the KSL earned her a regional Edward R. Murrow award, for her extensive coverage of a teary battle of an Olympic’s hopeful with a rare form of cancer.

Stacey Butler is a winner of sorts. She also received the Golden Mike Award at the same time. She was awarded the award for the coverage of the report on the lives of mid-life women who move to Mexico to re-start a life.

Stacey Butler won the Emmy for her stories of Fort Irwin in the year 2010. She has also spent her time in studying the town of Medina Wasl in Iraq and has also documented the polygamy that appears secretly in Colorado City, Arizona.

Stacey Butler seems to be too engrossed in her career as a journalist. This award-winning journalist has never been known to have dated anyone from the journalism sector and is possibly single as of now. Her previous dating history has not been revealed to her fans and she is certainly a secretive personality when it comes to her personal life.